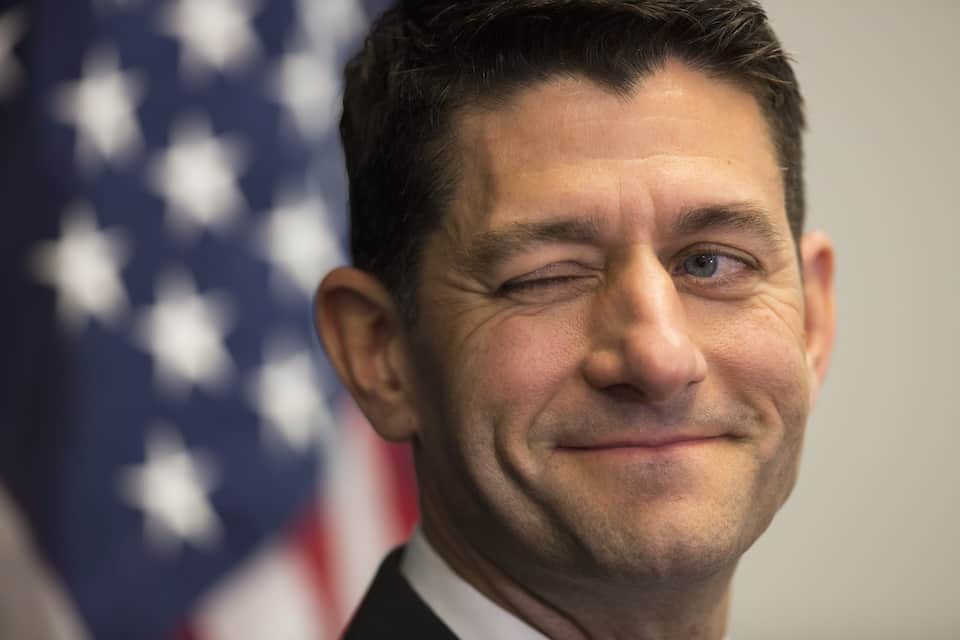 They're not even trying to hide it.

Behind closed doors, Republicans have abandoned any shred of pretense that their tax scam, rammed through Congress last year on party lines and without regular order, has anything to do with the interests of working families.

In fact, in to a private, pre-recorded video to donors, House Speaker Paul Ryan makes it very clear who was behind the scheme to give billionaires and corporations over a trillion dollars in money out of the social safety net.

According to Anne Lindskey of the Boston Globe, Ryan explicitly thanked members of the Koch brothers network of dark-money corporate donors for their work in passing the bill. Because of your help, weve been able to take the ball and run with it, he said.

While a shameless and anti-democratic spectacle, this is hardly new information. The bill, which guts access to health insurance and eliminates exemptions for families with kids in exchange for massive corporate tax breaks, was obviously for GOP donors.

Some Republicans, like Rep. Chris Collins of New York, flat-out admitted that their donors, not their constituents, were demanding its passage. And just after it passed, Ryan got a $500,000 check from the Kochs into his joint fundraising committee  a huge donation that was only legal because of a 2014 Supreme Court decision gutting campaign finance law.

The Republican donor class seems to understand how bad this looks. That is why the Koch brothers have already pledged to spend millions of dollars this year in advertising to tout the supposed benefits of the tax scam to workers, even though Treasury Secretary Steve Mnuchin admitted in December that the bill will not actually raise wages for most people.

Meanwhile, the same corporations Republicans are praising for supposedly using their tax cuts to benefit workers are in fact laying off workers even as they claim the tax cuts will let them pay workers more, further undercutting GOP promises.

Kimberly-Clark recently announced it's cutting 5,000 jobs as a direct response to the bill. Ryans video message to donors once again betrays the reality that the GOP Congress is not working for the American people or for Main Street. The last thing he wants is for voters to catch on and replace them with representatives who will.