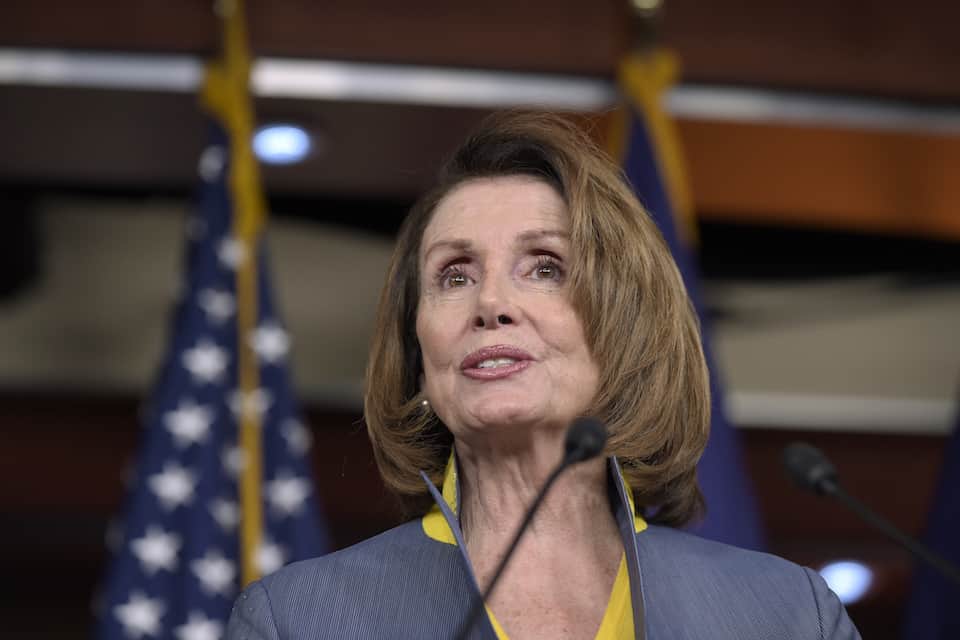 Nancy Pelosi and unified Democrats got Donald Trump and Paul Ryan to cave on the two biggest Democratic demands in the ongoing government funding battle. The right stands on shaky ground, and resistance can break them.

House Democratic Leader Nancy Pelosi and the Democrats backing her stood up to Donald Trump and House Speaker Paul Ryan, and secured two major concessions after both men had made a lot of noise in the preceding weeks.

Trump had initially insisted that funding for his ridiculous border wall be included in the short term spending bill being negotiated by Congress. Appearing on Meet the Press, Pelosi said the wall was "a sign of weakness," and that by pushing for it, Trump was effectively saying, "I can't control our borders. I have to build a wall."

She reaffirmed that Democrats do not support its construction, and that if the government was shut down over its funding, Republicans would shoulder the blame.

Two days later, Trump blinked. He rescinded his demand that funding for the wall be included in the spending bill, while still grumbling on Twitter, "Don’t let the fake media tell you that I have changed my position on the WALL."

Senate Democratic Leader Chuck Schumer noted in a floor speech that Trump's concession had averted "a needless fight over a poison-pill proposal that members of both parties don’t support."

Ryan made a big show on Wednesday, arguing that Republicans would not include cost-sharing reduction (CSR) payments in the spending package. These payments are needed to help low-income patients enrolled in Obamacare cover their health expenses.

Trump has previously threatened to withhold these payments in order to sabotage the health care law after his attempt to repeal it went down in flames.

But by Wednesday afternoon, the Speaker had the rug pulled out from under him. The White House again announced it was in retreat, and would continue making the CSR payments. While they will not be in the spending bill, the payments will be in place, which was the Democratic demand.

After speaking to White House Chief of Staff Reince Priebus, Pelosi released a statement on the Democratic successes:

Our major concerns in these negotiations have been about funding for the wall and uncertainty about the CSR payments crucial to the stability of the marketplaces under the Affordable Care Act. We’ve now made progress on both of these fronts.

Schumer also released a statement: "It is good that once again the president seems to be backing off his threat to hold health care and government funding hostage."

These two episodes show once again, that through unity and resistance, Trump and Ryan can lose. Despite their own claims and the claims of the conservatives and media backing them, they are not an immovable force and are vulnerable to political gravity.

They can lose, as long as the fight is engaged.