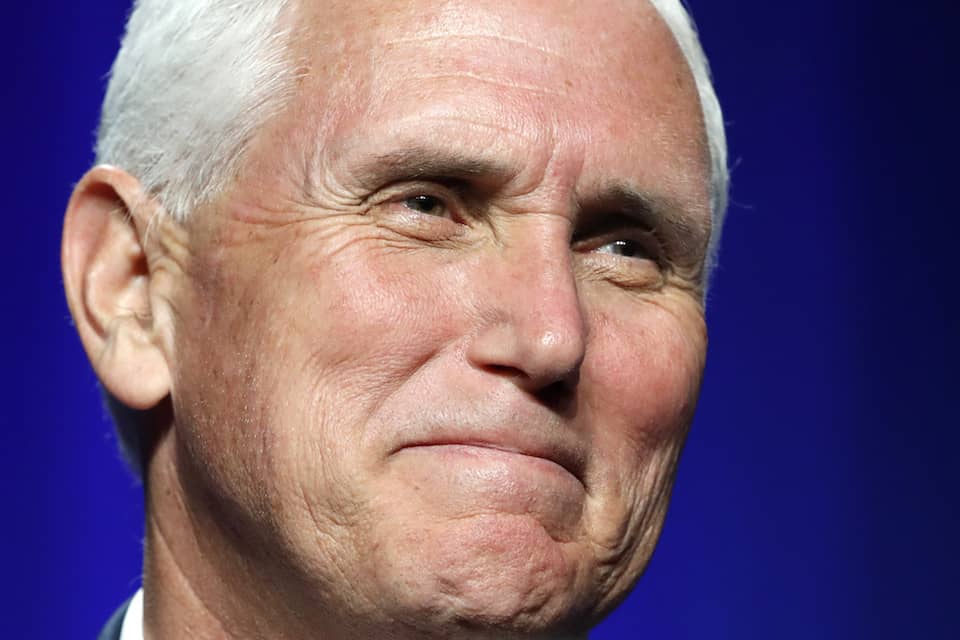 Mike Pence's self-congratulatory statement about his tie-breaking vote to defund health care providers like Planned Parenthood shows he doesn't really care about people's lives at all.

Vice President Mike Pence appears a little unclear on the concept of what it means to value "life."

After all, voting to eliminate protection for Planned Parenthood — which provides a range of crucial health care services to millions of low-income and minority Americans who may have nowhere else to go — hardly shows concern or respect for those lives.

Pence has been an anti-abortion, anti-Planned Parenthood crusader for a long time. And now as vice president, he has more power than ever before to inflict his dangerous agenda on all Americans. And he's getting kudos for his efforts from anti-health care extremists.

During his remarks at the National Catholic Prayer Breakfast — an annual event in Washington, D.C., that brings Catholic politicians together with members of the clergy and conservative religious activists — Pence gave himself a pompous pat on the back for casting the tie-breaking vote to attack Planned Parenthood and rip health care access away from vulnerable Americans.

And the audience loved it.

Standing ovation for @VP on declaring he cast tie-breaking vote in the Senate for bill allowing states to defund Planned Parenthood.

"President Donald Trump stands with the men and women who stand for the sanctity of human life in America, and he always will," Pence stated.

"The president actually has empowered states to withhold federal funding from abortion providers," he continued, "and I'm humbled to say that, at the president's direction, I had the privilege of casting the tie-breaking vote in the United States Senate that allows states to defund Planned Parenthood."

That it is seen as an applause line to trumpet one's "pro-life" bona fides by boasting about taking away health care from vulnerable Americans is profoundly disturbing.

But it fits right in with Pence's Republican Party and their continued, though imperiled, quest to do the same on an even bigger scale.

If Pence and his fellow Republicans were more concerned with the people they represent — who need medical care for themselves and their children, food to eat, and a strong safety net — perhaps then they could consider themselves "pro-life."