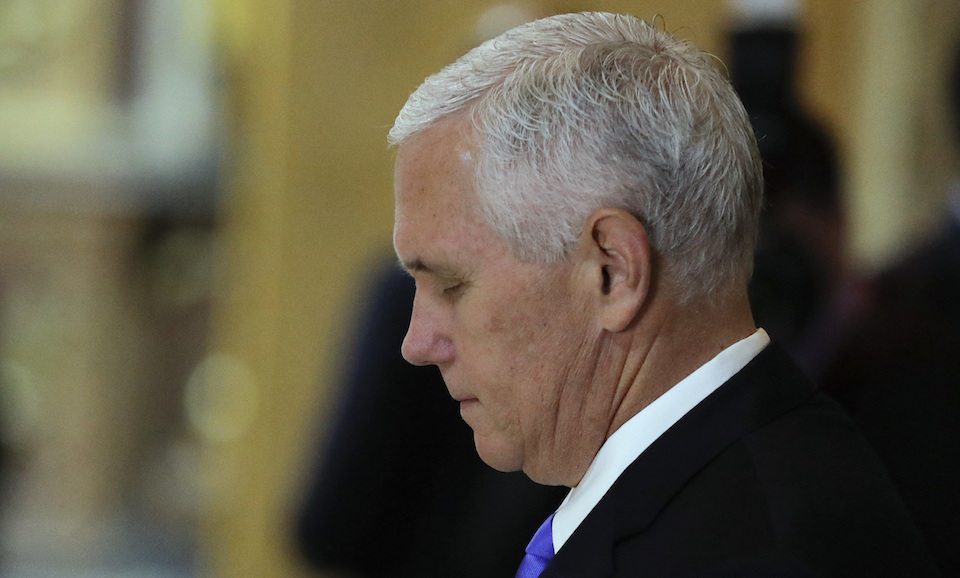 The vice president's boast "might go down as one of the more ridiculous economic claims made by the administration," says the Washington Post.

So now the Trump administration is taking credit for U.S. population growth?

Of course it is.

Speaking at the annual Tax Foundation’s dinner earlier this month, Vice President Mike Pence actually suggested that Donald Trump should get credit for the fact that America has more people today.

Here's how Pence phrased the ridiculous economic boast: "There are more Americans working today than ever before in American history."

It's called population growth, and the United States has basically been experiencing that trend, uninterrupted, for nearly 250 years. (See here for nifty charts.)

But this is the depth to which public "debate" has fallen with the Trump team.

"Pence’s claim that there are more Americans working today than ever before in American history might go down as one of the more ridiculous economic claims made by the administration," notes the Washington Post's FactChecker, which highlighted Pence's boast and awarded it three Pinocchios, labeling it "mindlessly dumb."

The Post notes that last year, "there were 124 million full-time employees on average, up from 65 million in 1968."

This is a concept most fifth graders can grasp.

Of course, the better matrix to use in order to measure a healthy labor force is the participation rate, which peaked at 84 percent in 1997 under President Bill Clinton.

Pence's empty boast is all part of the unexplained contradiction at the heart of the GOP's proposed massive tax scheme, which is designed as a give-away to corporations and billionaires. In order to sell the scheme publicly, Trump and the White House insist it's designed to jump-start the economy, to rescue the economy, and bring back millions of jobs from overseas.

Yet at the same time Trump, Pence and others routinely boast about how fantastic and robust the U.S. economy is, even if they have to lie about how many people are actually working today.

Note that Pence has a dismal record of telling the truth. Over at PolitiFact, the fact-checking site has found that just 9 percent of his tested statements have proved to be true, compared to 30 percent that have been found to be demonstrably false.

It's not just telling lies that Pence excels at. As the Post notes, it's telling "ridiculous" ones that he should be "ashamed" of, like taking credit for U.S. population growth.