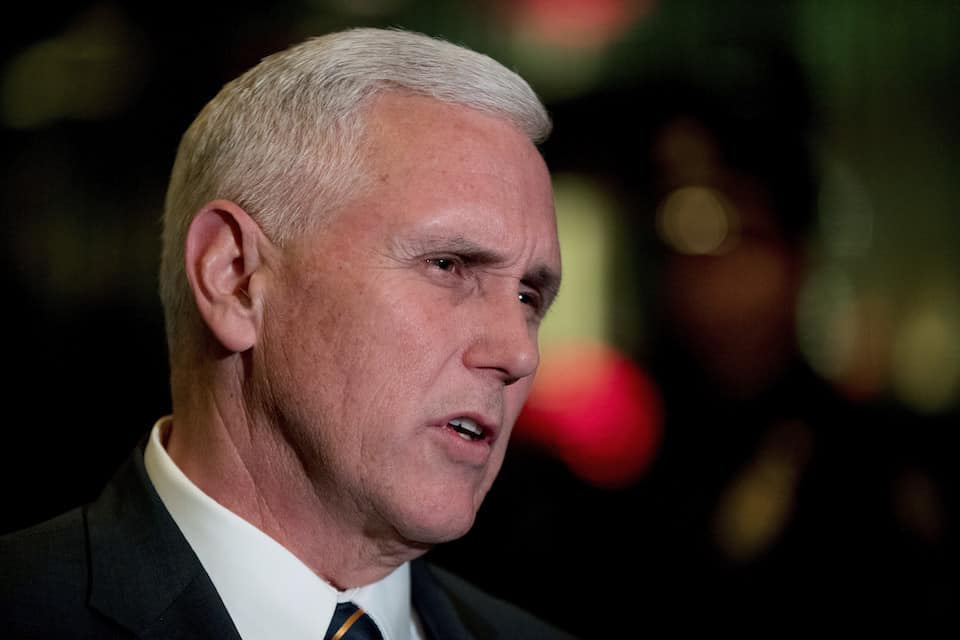 There is no Trump dirty work that Pence won't do.

Pence has already used the trip to lie right to our troops' faces about the Trump shutdown, and to inject partisan politics into his address before the Israeli Knesset.

But Pence was clearly not prepared when an Associated Press reporter asked him to comment on Trump's widely reported affair with adult film actress Stormy Daniels, and the $130,000 in hush money his attorney allegedly paid on Trump's behalf just weeks before the 2016 election.

"Do you think (Daniels) is telling the truth on this, or were you aware about any of this?" Pence was asked.

"Uh, I, I'm just not going to comment on the latest baseless allegations against the president," Pence replied, then stammered his way through a halting statement about his "focus" on "serving the president."

Given the extraordinarily detailed account of the affair and of the payments on Trump's behalf to keep the affair quiet, the allegations are hardly baseless.

Pence has a talent for unconvincing defenses of Trump, as he demonstrated when pressed on Trump's response to the white supremacist murder in Charlottesville, or when he defended the Trump campaign against collusion allegations in the most suspicious way possible.

What Pence lacks in outward conviction, though, he makes up for in sycophantic obedience. Whether he's being called on to lie to the troops, or to perform an expensive publicity stunt in support of Trump's racist feud with NFL players, or invoking the name of a civil rights hero in order to defend white supremacist monuments, there is no errand too dirty for Pence to take on.