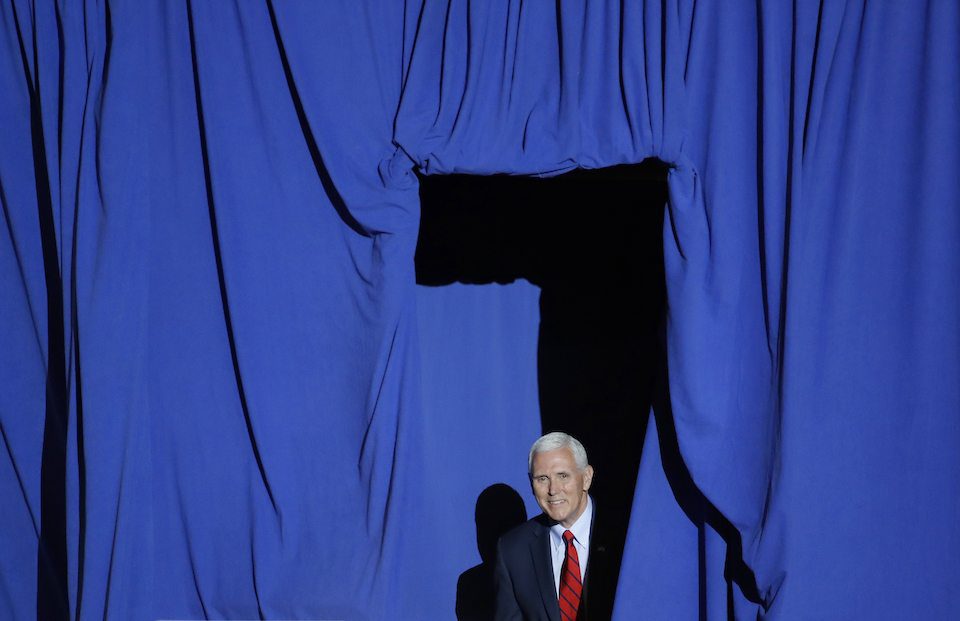 Instead of celebrating a long-coveted victory to repeal of Obamacare, Vice President Mike Pence is nowhere to be seen, after the latest repeal bill failed in the Senate.

The daily schedule released by Pence's office does not include a single public event. That stands in sharp contrast to the very active public schedule Pence had maintained in recent days and weeks leading up to the health care vote.

For instance, on Thursday, Pence delivered remarks to the National Federation of Independent Business, joined Donald Trump at a White House ceremony recognizing the first responders to the June 14 shooting involving House Majority Whip Steve Scalise, and then participated in the swearing-in ceremony for U.S. Ambassador to Japan William Hagerty.

But on Friday, Pence will be out of public view after he personally failed to deliver key votes for the White House in the early morning health care defeat. Pence had served as the key White House point person in trying to repeal the health care bill, and as a former member of Congress, supposedly has a good working relationship with Congress. But it wasn't enough.

When Pence’s motorcade arrived at the U.S. Capitol around midnight, he probably thought he was going to be casting another tie-breaking vote.

Since being sworn in, Pence has already broken four ties in the Senate, and the chatter late Thursday night was that Republicans had just enough votes to pass its slimmed down “skinny repeal” health care bill.

Pence’s vote would signify a huge political win for himself, for Trump, and for the Republican Party as they all struggled to deliver on the long-running promise to repeal and replace Obamacare.

The vice president in recent weeks has been maintaining a high public profile, in sharp contrast to his boss who has often remained behind closed doors at the White House. Crisscrossing the country as he traveled to swing states like Ohio, Pence gave the impression of someone who was openly campaigning for the presidency.

Casting the tie-breaking vote in the Senate would have certainly added to his allure among conservatives.

But soon after midnight the rumblings started on the Senate floor, rumblings that Sen. John McCain (R-AZ) was in discussions with Democrats, and those discussions were leading to Democratic smiles.

“Few, if any, of his Republican colleagues realized what was about to transpire,” the Washington Post reported.

That’s when Pence was dispatched for a 20-minute session of cajoling with McCain on the floor of the Senate. Soon, they moved to the Senate lobby, where discussions continued and later McCain took a call from Trump. By 1:30, the vote was cast.

For Pence, it was a stunning public failure. As Boston Globe reporter Matt Viser noted on Twitter:

Mike Pence came to the Senate to cast a tie breaking vote. He tried to convince McCain multiple times. It didn't work. Wow.

For now, Pence is going to recover from the loss in private.