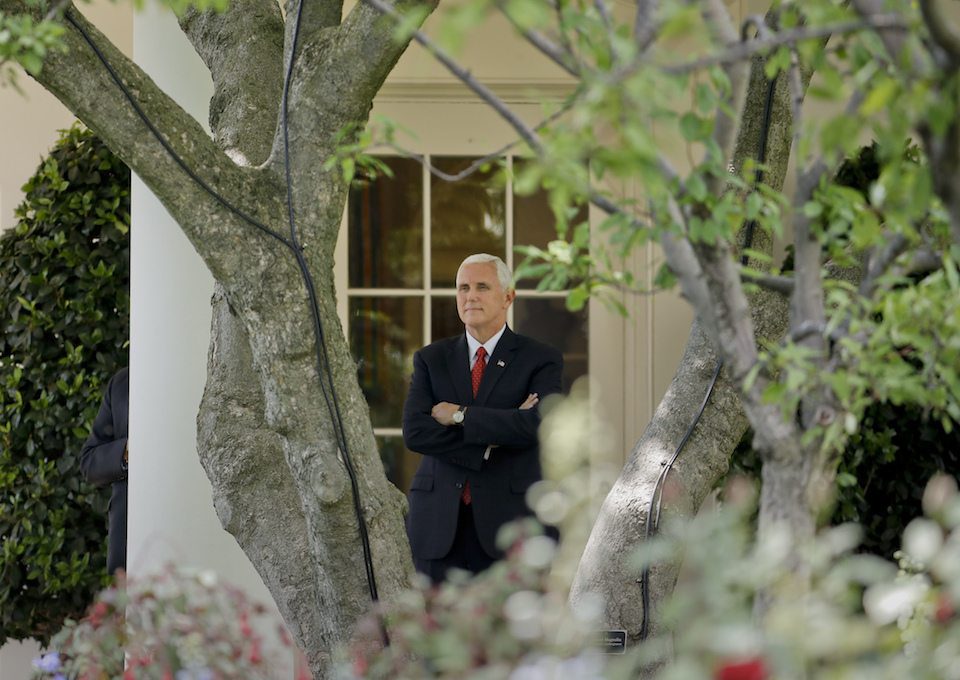 Mike Pence tapped a campaign operative to be his chief of staff, signaling his readiness for 2020 — just in case.

Mike Pence’s communication team is going to have to do a lot more spinning in coming days as it becomes increasingly clear the vice president is making all the needed moves to position himself for a possible 2020 White House run if Donald Trump isn’t able to.

The latest piece in that shadow campaign puzzle comes in the form of Pence hiring Nick Ayers as his new chief of staff. Ayers is a campaign operative who has never worked in the federal government before.

Ayers “replaced Josh Pitcock, the long-serving Pence aide distinguished by his quiet and inoffensive manner,” Politico reports. “Ayers is around to ensure that if Trump is out of the picture for one reason or another his man will be ready.” Two White House officials told Politico that Ayers has been "quietly warning" Pence for months "that Trump’s troubles could cause collateral damage and that he needed to take a more aggressive posture on a range of issues to ensure he enters the post-Trump era on solid ground."

That seemed to be confirmed by Anthony Scaramucci, before he was let go as the White House’s communication director.

It’s unprecedented, just six months into a first term, for speculation to run wild that the sitting vice president might try to make a run around his boss in an election cycle more than three years away. But Trump’s an historically unpopular president who’s facing mounting legal concerns as special counsel Robert Mueller convenes a grand jury for his ongoing Russia investigation.

Even since The New York Times on Sunday shone a national spotlight on Pence’s shadow campaign, and how he relentlessly travels to swing states, has created his own fundraising PAC, and how his team has forcefully tried to distance the vice president from the encroaching Russia investigation, Pence’s team has been in damage control mode.

The problem? Trump’s notoriously thin skinned and hates it when any of his team players steal the spotlight. But the story isn't likely to go away soon. Despite all the protests from the Pence team, it's becoming clearer every day that he is preparing for Trump's job.