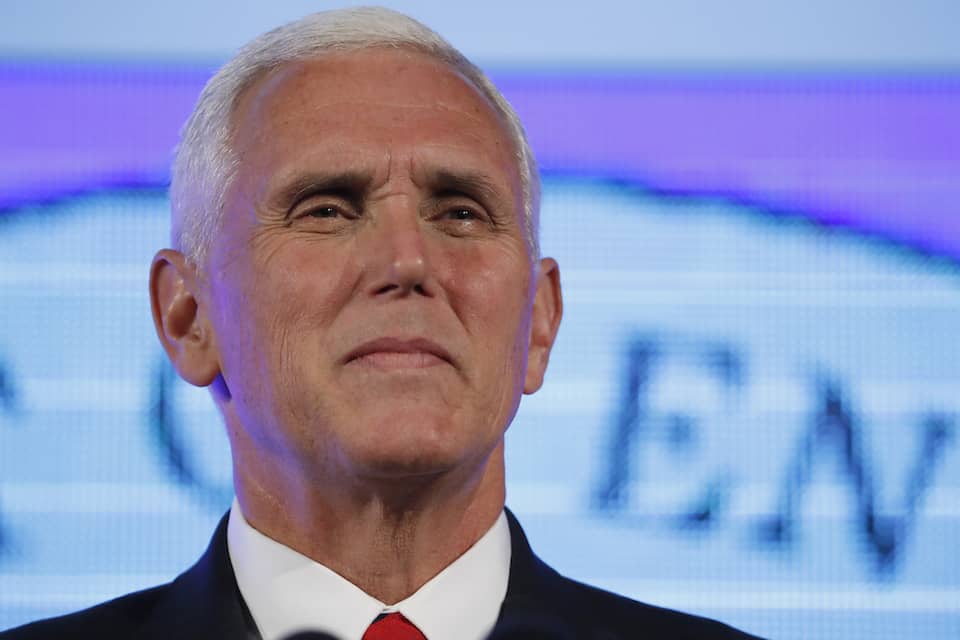 The meeting wasn't on the vice president's schedule, and his spokesperson denied it would be taking place.

Mike Pence's staff seems to believe that if you simply deny something enough, that means it never actually happened. Unfortunately for them, reality doesn't work that way.

While in Colorado to speak at the 40th anniversary event for the right-wing evangelical group Focus on the Family, Pence also had a meeting with the libertarian billionaire activist Charles Koch, The Hill reports.

According to a spokesperson for the Koch brothers, the meeting touched on "issues ranging from tax reform to a measure reforming the U.S. Department of Veterans Affairs."

But it was not noted on Pence's schedule for the weekend, and a spokesperson for his office initially denied to The Hill that the meeting was planned, and did not respond to later requests for comment.

The secrecy around the meeting may not be surprising, though it is certainly troubling, considering the Koch brothers' history with conservative political activism in general — and with Pence in particular.

The Kochs have not always been fans of Donald Trump or parts of his agenda, though recently they have been warming to his presidency.

But the billionaire brothers' connections to Pence are far stronger and deeper.

As The Hill's report notes:

[The Koch-brothers backed political advocacy group] Americans for Prosperity touted Pence's record as governor of Indiana. His former pollster Kellyanne Conway, now a senior adviser in the Trump White House, worked for a Koch network group. And [Marc] Short, the White House's top lobbyist and former Pence chief of staff, once ran the Freedom Partners Chamber of Commerce, a key wing of the Koch brothers network.

And the Koch networks were also prominent backers of Pence's Congressional career, thanks to his conservative political worldview, including opposition to President George W. Bush's expansion of Medicare Part D and support for massive tax cuts while serving as governor of Indiana.

Even prior to Trump's inauguration, it was already becoming clear that Pence could become the most powerful vice president in our nation's history, content to remain in the background and largely out of Trump's beloved media spotlight while working to enact the extremist conservative agenda that has defined his entire political career.

Meeting with one of the frighteningly powerful Koch brothers — and attempting to keep that meeting a secret from the American people — is another sign of Pence's aim to transform the office of the vice presidency into something far more powerful, and more dangerous, than it has ever been.