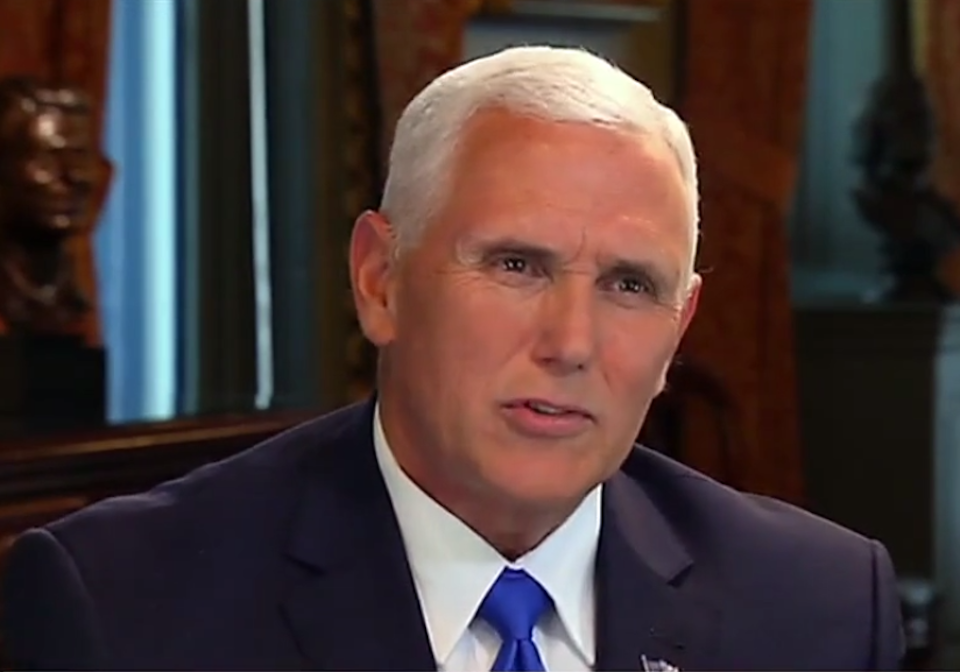 Mike Pence callously described the scenario in which millions would lose coverage under the Republican health care bill as "the very essence of living in a free society," dismissing the harsh reality of such a negative policy.

Mike Pence has a seriously disturbing view of freedom.

Sitting down for a prime-time interview with Fox News host and favorite of neo-Nazis Tucker Carlson, Pence offered an offensive take on the devastating result of the health care repeal bill that he, Donald Trump, and congressional Republicans are insistently pushing and which would cause millions of Americans to lose their health insurance.

Carlson asked Pence if the repeal effort would be "worth it" if the outcome led to "millions fewer Americans" having health insurance.

In response, Pence said "the very essence of living in a free society is people get to make their own decisions," accepting the destructive results of the legislation as the price of doing business — and enacting the tax cuts for the wealthy tucked inside the bill.

CARLSON: But if after a year or two of giving people more choices, millions fewer Americans had health insurance, would that be worth it?

The Republican bill cuts over $770 billion from Medicaid, and the Congressional Budget Office (CBO) score for the bill has forecast that over 20 million Americans would have their health insurance stripped from them. Pence has publicly embraced the bill, and even expressed that he was proud of it.

He has also voiced a preference for the version of the Republican repeal plan that the CBO found would throw 32 million people off their health insurance plans.

Pence has been out working the conservative media circuit in defense of the legislation, while also reassuring conservatives that he is not connected to the Trump administration's Russia scandal (not true).

Instead of working for a plan that would help people needing insurance, as Obamacare did, Pence is employing doublespeak and Orwellian language to spin a horror show as the upside of a free society.