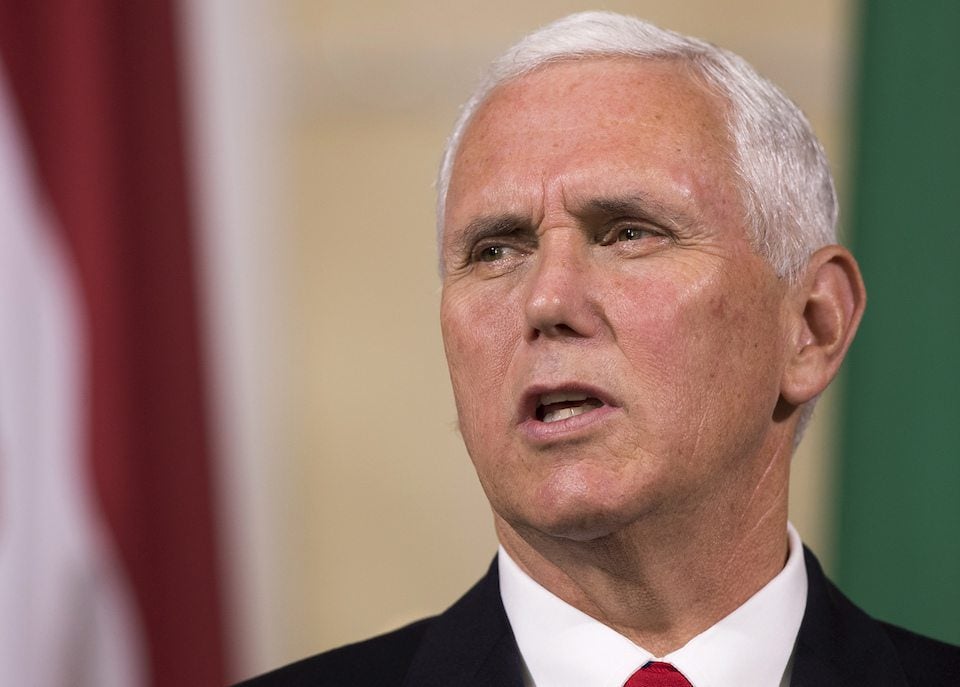 Mike Pence will be stumping in Buffalo for the Trump administration's tax scam, right alongside a Republican congressman who is under federal investigation for insider trading.

The Republican plan to slash money from Medicaid and Medicare and eliminate middle-class tax deductions to give money to corporations and millionaires is increasingly imperiled by public distrust.

But Mike Pence’s efforts to sway public opinion are doing little to inspire confidence, particularly considering the people with whom he is choosing to campaign.

Tuesday, Pence will be traveling to Buffalo, New York, to sell the GOP tax scam, where he'll be joined by New York Republican Rep. Chris Collins.

Collins — the first Republican in the House of Representatives to endorse Donald Trump for president — has spent most of the year fighting an ethics investigation.

The allegations stem from his investments in an Australian biotech firm, Innate Immunotherapeutics, of which Collins own a stake worth up to $25 million. Collins reportedly persuaded several congressmen, as well as businessmen in his district, to buy shares in his company based on proprietary information, which is a federal crime.

And he openly boasted about "how many millionaires I’ve made in Buffalo" off of insider trading.

Collins has denied any wrongdoing, and has blasted New York Democratic Rep. Louise Slaughter — who first filed the ethics complaint — as a "despicable human being." But the Office of Congressional Ethics released a 155-page report stating there is "substantial reason to believe" Collins broke both federal law and House ethics rules.

That Pence would want a congressman fighting accusations of white-collar crime anywhere near his campaign events, let alone one about government policy toward corporate finances, is astonishing — and inspires zero confidence that Pence has working families at heart.

The American people deserve a tax system that is fair and favors the middle class, not one that benefits the wealthy. But to push the GOP plan, Pence is not only rubbing shoulders with mega-rich cronies, he cannot even be bothered to choose people with a basic standard of ethical behavior.

That reveals all too much about who Pence and his party will serve, and who they will leave in the cold.