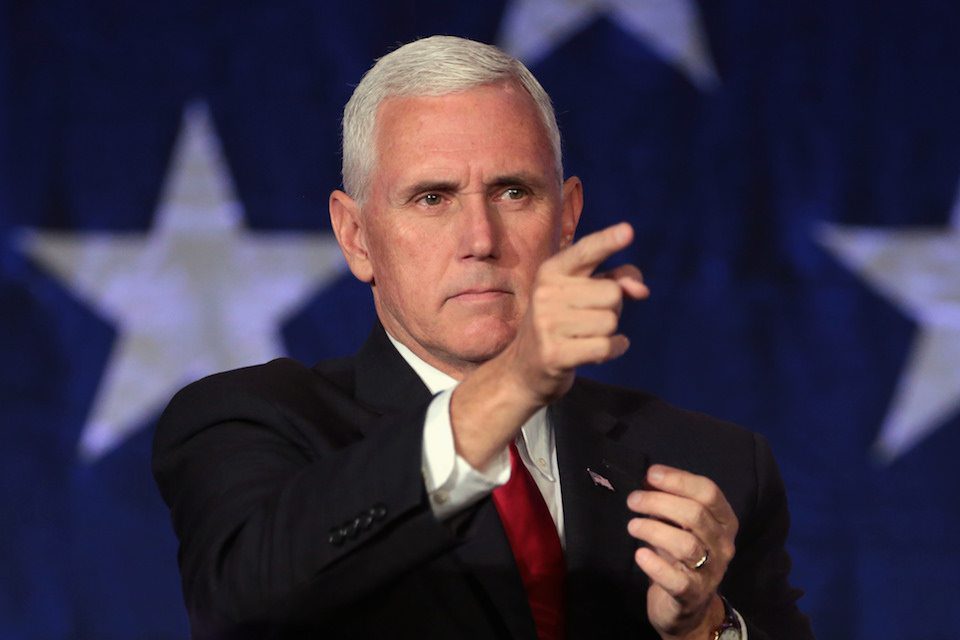 The White House continues to attack officials in Puerto Rico who are trying to spur action on behalf of 3 million American citizens.

In recent days, loyalist Pence has sided with Trump in singling out island officials as being part of the disaster relief problem. Rushing to Trump’s side as he faced a barrage of criticism for his decision to lash out at the mayor of San Juan, Carmen Yulín Cruz, Pence also claimed she had been ungrateful and unhelpful.

“Well, it is frustrating, I expect, to millions of Americans to hear rhetoric coming out from some in Puerto Rico, particularly the mayor of San Juan, instead of focusing on results,” Pence recently told a Florida radio station.

Of course, if the relief “results” had been stellar, island officials wouldn’t be complaining so vociferously. And yes, it was those very loud, public complaints from the San Juan mayor that seemed to have finally spurred a more robust federal government response to the island catastrophe.

Leaving for the island on Tuesday, Trump continued to whine that officials in Puerto Rico weren’t pulling their weight. “On a local level, they have to give us more help,” he announced.

This is a commonwealth where it’s likely power won’t be widely restored until 2018, but they’re supposed to provide the U.S. with more help?

As Pence’s derogatory comments suggest, we’ve witnessed a coordinated White House effort to attack and smear Puerto Rican officials advocating on behalf of hurricane survivors. In a low during a weekend full of administration lows, Dan Scavino, the White House social media director, tweeted on Saturday that Cruz “has been hating on @realDonaldTrump long before he was our President.”

The administration continues to lash out in an effort to try to deflect attention from its slow-motion relief response. Even a recent Department of Defense press release, which tried to paint an optimistic picture of the relief effort on the island, revealed some stunning deficiencies: “Ninety-five percent of customers remain without power; power has been restored to San Juan airport and marine terminals.”

Separately, the DoD announced, “The Navy hospital ship USNS Comfort departed Norfolk, Virginia, yesterday and it is estimated to arrive in Puerto Rico on Oct. 4.”

A week ago, Hillary Clinton publicly urged the federal government to dispatch the USNS Comfort to Puerto Rico. But that’s just now being done.

The administration’s feel-good relief rhetoric simply don’t match the reporting on the ground, as large parts of the island appear to remain untouched by the disaster relief nearly two weeks after the storm obliterated the island.

Residents in Campanilla tell me there’s been no meaningful government response since Maria struck—none from local, Puerto Rican, or federal authorities—despite the grim conditions, meager food supplies, and lack of running water. Residents haven’t seen any government officials come around to survey the damage or tell them what’s going to happen next.

For now, Pence remains committed to blaming the victims.