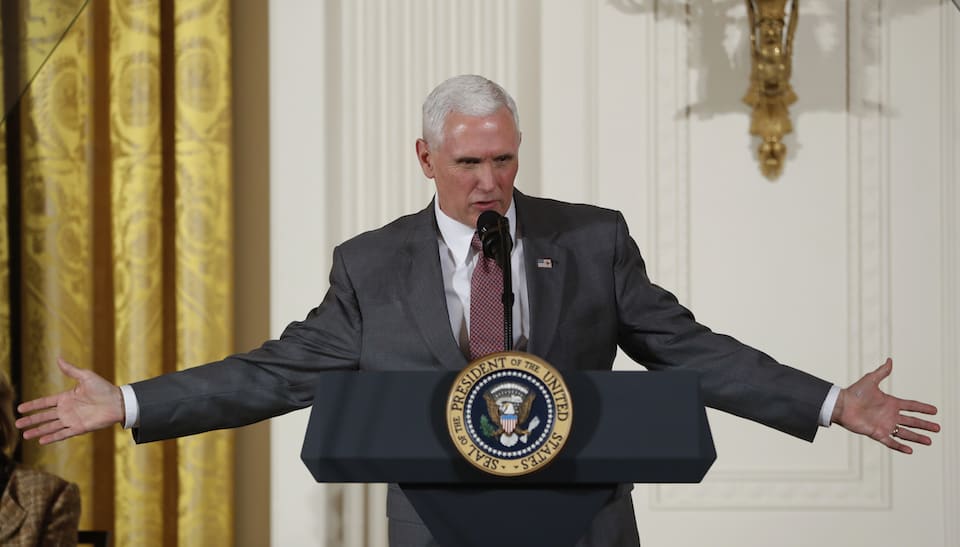 Mike Pence led the Trump transition team that granted Michael Flynn access to the highest levels of U.S. intelligence, despite Flynn being under investigation at the time for his foreign ties. Pence is as intimately involved in the Russia scandal as Trump is.

Before Donald Trump was even sworn into office, his transition team knew Michael Flynn was under federal investigation and was thus a huge liability to the incoming administration. Yet he was appointed national security adviser anyway.

Flynn reportedly told the Trump transition team — which was headed by Mike Pence — that he was being investigated for secretly working as a lobbyist for the Turkish government.

As the New York Times notes, despite what they knew about Flynn, Trump and Pence gave him a job with access to "nearly every secret held by American intelligence agencies."

Flynn was paid over $500,000 by Turkey, and they saw a quick return on that investment. He advocated for delay of a military operation against ISIS, which was Turkey's preferred course of action. Through Flynn, and with Trump and Pence's approval, a foreign government was able to control America's military operations against a terrorist network.

The decision to put Flynn in power, along with Trump's move to push former FBI Director James Comey to pull back on the Flynn investigation — which Comey refused to do and for which he was then fired — has led the Department of Justice to appoint a special counsel to investigate the Trump administration.

Pence has attempted to evade culpability in the ongoing scandal, lying to media outlets about what he knew about Flynn and when. But clearly he knew, or should have known, the national security risk that Flynn posed. It was Pence's responsibility to vet administration appointments, particularly those who would have access to such highly sensitive intelligence.

The vice president is not insulated from Trump and his actions, but was in fact deeply involved in the decision making at the highest level. Based on his actions since then, he has played a role in the administration's subsequent cover-ups as well.

Any inquiry into the Trump administration's actions and reactions should include scrutiny of Pence. He is holding a smoking gun as much as Trump is.