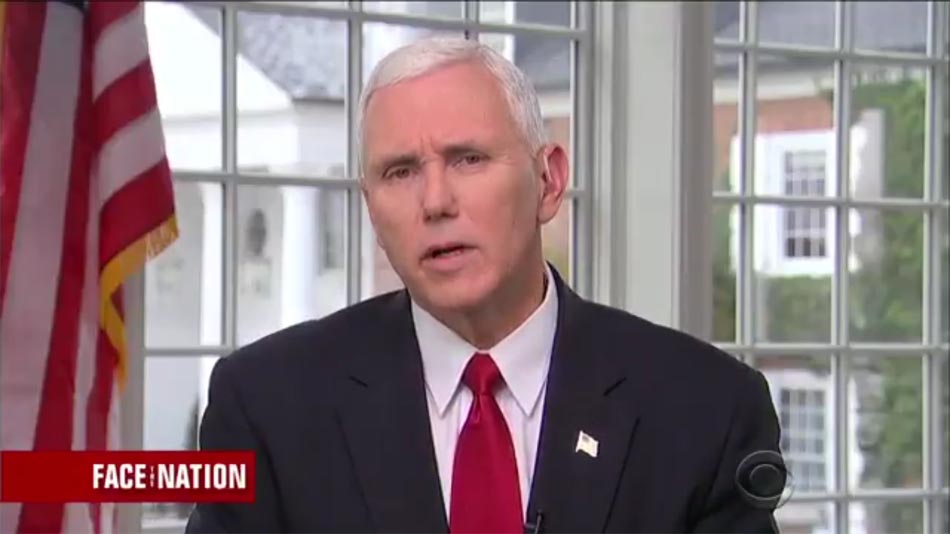 During an interview on Face the Nation, Vice President-elect Mike Pence would not say that there will be no waterboarding under Donald Trump's presidency.

On the same day incoming Chief of Staff Reince Priebus refused to rule out a Muslim registry, Vice President-elect Mike Pence was equally evasive during an interview with Face the Nation's John Dickerson.

Dickerson invoked Senator John McCain's fervent rejection of the use torture and asked Pence for his reaction.

"What I can tell you is," replied Pence, "in going forward, as he outlined in that famous speech in Ohio, that a President Donald Trump is going to focus on confronting and defeating radical Islamic terrorism as a threat to this country. And we’re going to have a president again who will never say what we will never do."

Will Trump allow waterboarding? "We're going to have a president who will never say what we'll never do," says Gov. Mike Pence. pic.twitter.com/GuFaQPXM8q

Pence replied: "Well, I think the president-elect made his views on that quite clear during the course of the campaign."

Indeed he did. Trump advocated "immediately" resuming the use of waterboarding and "much worse" in the fight against terrorism, irrespective of ethics or efficacy.

In late November [2015], Trump said at a rally in Columbus, Ohio, that he would approve the use of waterboarding “in a heartbeat” because “only a stupid person would say it doesn’t work.”

“If it doesn’t work,” Trump said, “they deserve it anyway, for what they’re doing.”

Trump has also advocated war crimes in the fight against ISIS.

None of what Trump is proposing, and Pence is defending, will make us safer. To the absolute contrary, even such reckless rhetoric makes us less safe.