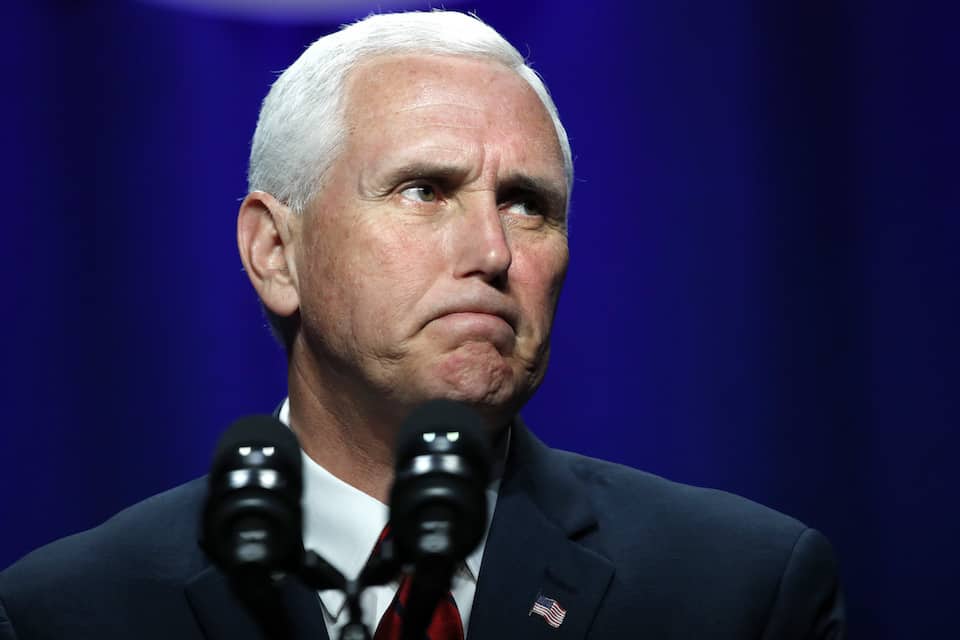 Mike Pence praised Roy Moore for running on the "MAGA agenda," but he has had nothing to say about serious allegations against Moore of child molestation.

Mike Pence promoted Roy Moore to millions and once pledged to speak up on "great moral battles," but is now actively avoiding personally commenting on the serious allegations of child molestation facing Moore.

On the night of the primary, Pence tweeted about Moore to his 2.69 million followers, writing, "Congratulations Roy Moore! We are thrilled you ran on the #MAGA agenda & we are for you!"

But since the shocking allegations of Moore molesting a 14-year-old girl and preying on three other teenagers have become public, Pence has been silent on social media. He has not written about the issue on his Twitter account.

Donald Trump, who has used his Twitter platform to complain about protests, push conspiracy theories, and promote his presidency, has not tweeted about Moore either.

Pence has had ample time to weigh in on Moore. His schedule for the day after the story came out lists no public events. And yet, Pence has kept his lips sealed, refusing to directly remark on the charges.

The wall of silence erected by Pence is even more glaring because for decades he has sold himself as a pious "family values" figure within the "religious right."

In his speech to the right-wing Values Voters Summit in September 2016, Pence proclaimed that he and Trump would "restore this nation" with "public virtue," which would emanate "from the traditional institutions of our nation — life, family and religion."

He also proclaimed, "We must not remain silent when great moral battles are being waged."

Just a little more than a year later, with more power and a bigger platform than he has ever had in his life, Pence has not been able to bring himself to speak about child molestation within the ranks of his own party.

That is how weak his commitments to "moral battles" are when they truly occur.