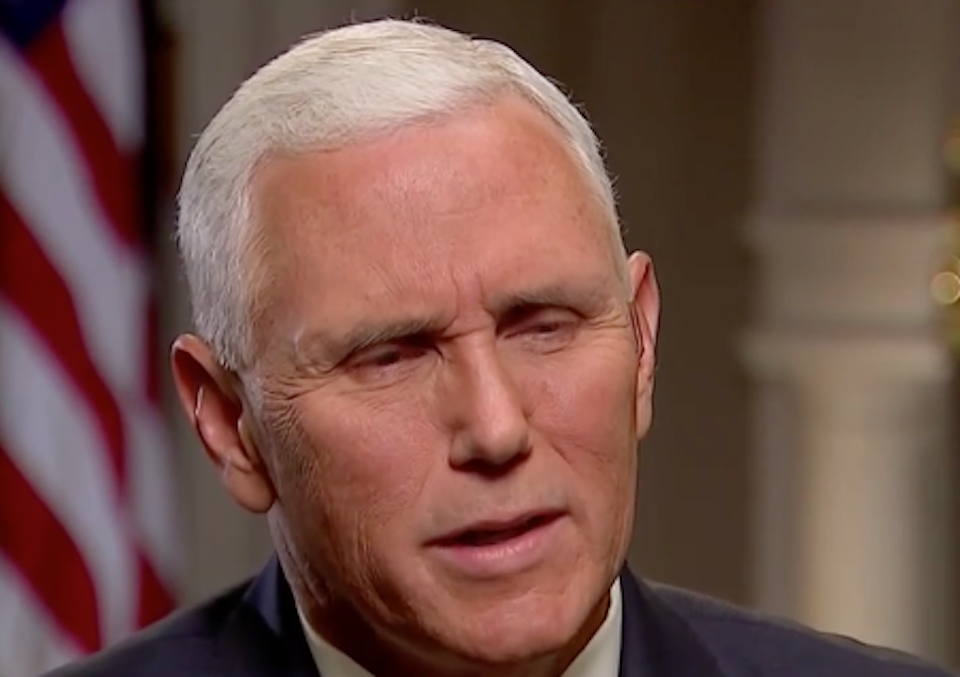 Vice President Mike Pence still hasn’t come up with a convincing answer to the question of why he defends Donald Trump’s inexcusable handing of the racial violence in Charlottesville, Virginia, and his claim there were “very fine people” among the white supremacists who gathered.

Within hours of Trump’s infamous and defining press conference last week, where he lashed out at critics and the press, and provided political cover for neo-Nazis by announcing there was “blame on both sides” for Charlottesville, Pence announced unequivocally, “I stand with the president.”

Almost nobody else did, as an avalanche of defections unfolded last week, led by business, cultural, and military leaders who made it publicly plain that they could not be associated with Trump’s outrageous false equivalency.

Yet Pence, who clearly seems to be eyeing a White House run in 2020 under the assumption that Trump will not be able to, remains committed to Trump’s botched comments. And he showed on “Today” that he really hasn’t come up with a convincing answer as to why — other than trying to revise history by claiming Trump issued clarion calls for justice.

“Today” show host Matt Lauer’s pointedly asked Pence, “Are you putting your loyalty above, and in front of, what’s in your heart and your gut?” Pence's response was to dodge the question.

PENCE: Matt, I know this president, I know his heart. And I heard him on the day the Charlottesville tragedy happened when he denounced hate and violence in all of its forms from wherever it comes. I heard him on that Monday, and I heard him as well on Tuesday, like millions of Americans did, where he condemned the hate and the bigotry that was evidenced there.

LAUER: But [he] went back to saying there’s blame on both sides.

PENCE: Look, we understand that criticism comes with this job and this president has the kind of broad shoulders to be able to take it.

Pence's claim that Trump has “broad shoulders” and can take all the criticism is especially comical. Trump reportedly raged in private that his early comments were deemed insufficient, and he spent most of last week lashing out wildly as the condemnations, and defections, rolled in.