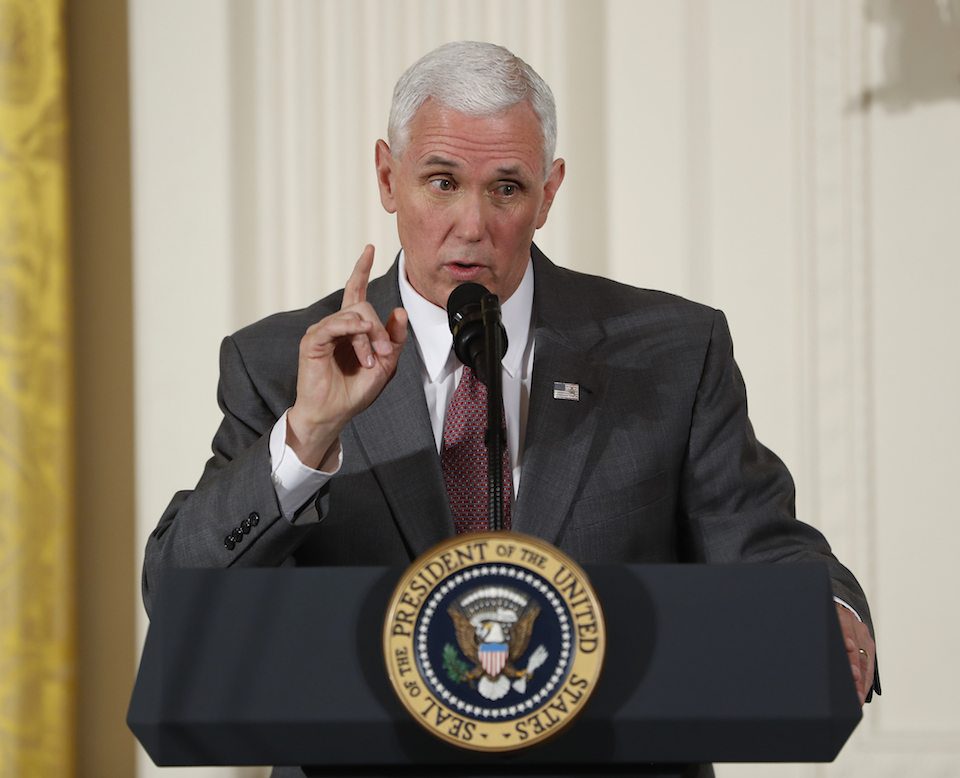 Mike Pence and his team are in a second day of a panicked responses to stories emerging about his shadow presidential campaign targeted at 2020 — or sooner.

Mike Pence and his political team are going all out to deny the mounting evidence that he is in the middle of a shadow campaign to assume the presidency in 2020, if not sooner.

The intensity of the push back effort is unusual, and hints at concerns from Pence that Trump could publicly attack him for his disloyalty, as Trump has done with other members of the administration, most notably Attorney General Jeff Sessions.

Pence issued a press release and tweet pushing back on the story, and his team followed it up the next day with a pair of cable news appearances. Marc Lotter, Pence's press secretary, made appearances on Fox News and MSNBC to deny the report that appeared in The New York Times. He also appeared on the David Webb Show, a right-wing satellite radio show, as part of the multimedia campaign.

Lotter even used White House resources to grab and post a video clip of his denial on Fox, perhaps to ensure that Trump saw it and won't humiliate his boss. The appearance was on "Fox & Friends," Trump's favorite program, which he seemingly uses as a source more often than the U.S. intelligence agencies he's in charge of.

From @foxandfriends: you have speculation, conjecture & half-truths masquerading as news on the front page of Never Trump New York Times. pic.twitter.com/2yjJcX85Iw

LOTTER: It's absurd and really what you've got here is speculation, conjecture, half-truths, masquerading as news on the front page of the never-Trump New York Times. The vice president has been nothing but supportive – is supportive of the president and his singular focus is on making sure the president's agenda is enacted and that the president is reelected in 2020.

The decision of Lotter as the point person for day two of Pence's spinning is interesting, since he was also the one who made a Fox News appearance to reassure the network's conservative viewers that Pence was disconnected from the Trump-Russia scandal. (He isn't.)

The entire spectacle of Pence making preparations for a presidential run, then denying them so vociferously when he was caught doing so, would be highly unusual in any other administration. In this one, however, it's just another day in the Trump White House. Even a figure with a staid public image like Pence has become a subject of high drama and suspense, as he schemes and deceives while pursuing more power.