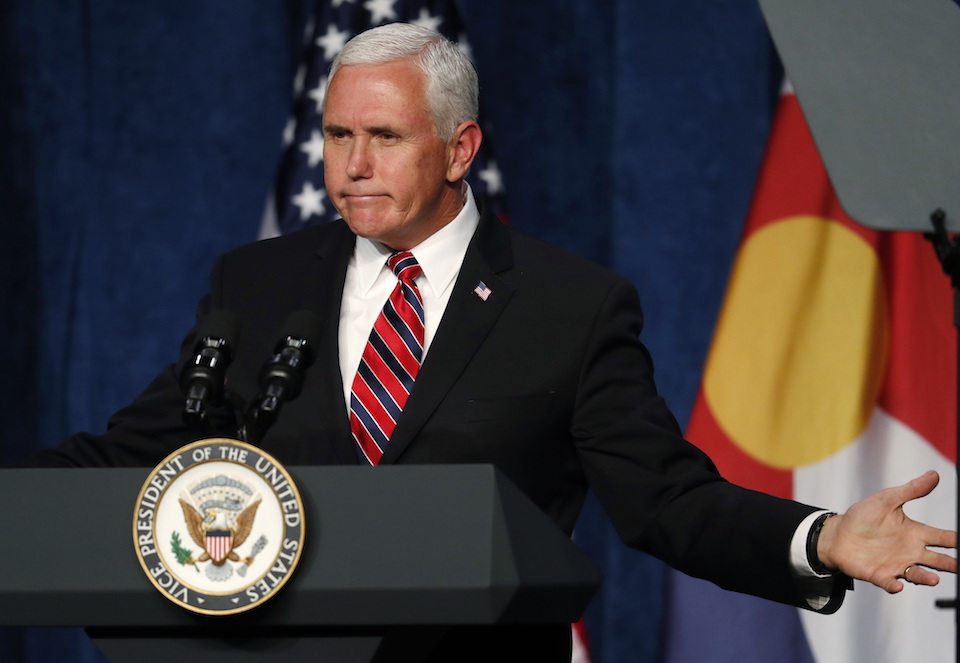 When some Republicans senators offered up a fix for Obamacare, the vice president worked with anti-choice radicals to kill the deal.

Amidst the year-end legislative chaos that unfolded as Republicans scrambled to pass their tax scam and present Donald Trump with a single congressional victory in 2017, there was an attempt to stabilize the health insurance market.

The tax bill included a provision that scraps the Obamacare individual mandate, the mechanism that requires Americans to buy health insurance or pay a penalty.

In response to that radical move, a bipartisan deal was proposed to make sure the health insurance markets remained secure. But then, after anti-abortion zealots met privately with Vice President Mike Pence in December to urge the administration to kill the deal because it did not include restrictions on federal funding of abortion. This, despite the Hyde Amendment, which already bans federal funding of abortion.

"The next day," the Daily Beast reports, "key lawmakers involved in crafting the legislation announced they were punting on the issue until 2018."

The move was a major embarrassment for Republicans like Sen. Susan Collins of Maine, who co-sponsored the effort the stabilize the health insurance markets. Collins was widely ridiculed in December for voting in favor of the radical GOP tax bill in exchange for a vague promise that Republicans would address key concerns she had about undercutting Obamacare; a promise that was quickly broken.

As the tax bill was careening through Congress without the benefit of open hearings last year, the Congressional Budget Office announced the GOP plan would result in 13 million more Americans without insurance over the next 10 years.

The bipartisan fix would have restored "Obamacare subsidies that the Trump administration cut off in October, and it would give individual states more flexibility to set insurance regulations," the Daily Beast notes.

After Trump reportedly expressed support for the deal during a closed-door meeting on Capitol Hill, anti-choice lobbyists met privately with Pence, demanding that the bill be stopped because it might mean that federal money would be used to fund health plans that in turn might fund abortions.

The day after the Pence meeting, Collins and her colleagues announced the bill to stabilize the health insurance markets wouldn't be taken up until 2018.

But not anytime soon. For now, the GOP-controlled Congress is trying to figure out how to avoid a government shutdown in coming weeks.