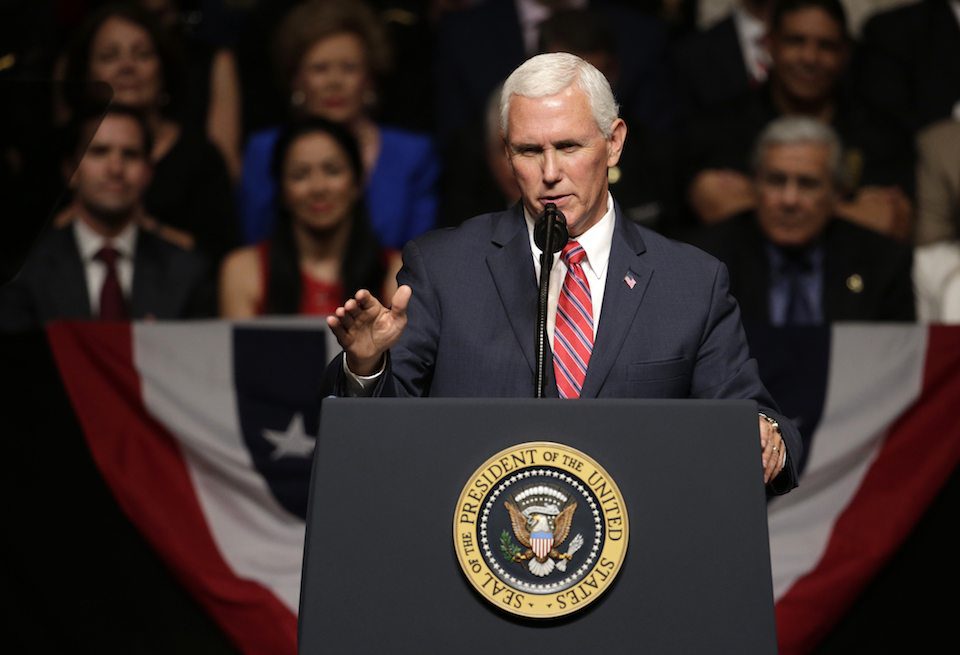 Mike Pence has made a recent swing through multiple presidential swing states. It certainly looks like he is making alternative plans should Donald Trump be removed from office.

Mike Pence continues to raise suspicions that he is making contingency plans for the possible premature end of Donald Trump's presidency.

Pence has barnstormed swing states in recent days. The trip follows a curious pattern of behavior from Pence. He has formed his own political action committee to distribute funds to candidates, which presidential candidates often do to curry later support.

He has also sought to distance himself from the decision-making behind several of the Trump administration scandals, most notably the hiring and firing of Michael Flynn. But despite his efforts, Pence was knee-deep in the issue, vetting and approving Flynn despite the emergence of multiple red flags about his contacts with Russia.

While putting a happy face on Trump's failures, Pence has been making moves associated with a presidential candidate, doing public events in states considered pivotal to presidential elections.

Some Republicans have reportedly already made plans for "President Pence" should Trump be impeached and removed from office.

Pence visited Cleveland in the perennial swing state of Ohio, following the presidential model by visiting a manufacturing plant.

Then he made a surprise appearance in a Fourth of July parade in Grandville, Michigan. Trump's winning percentage in Michigan was only 0.3 percent.

Pence wrapped up his latest swing state tour with a showy appearance at NASA's Kennedy Space Center in Florida, appearing alongside Sen. Marco Rubio, who for a while was a leading anti-Trump candidate in 2016 before eventually buckling under party pressure and endorsing him.

That isn't the end of Pence's swing state shenanigans. He is scheduled to return to Ohio for a fundraiser in Columbus.

It will be Pence's fifth visit to Ohio since taking office.

Mike Pence looks as if he's running for president. What does he know about Donald Trump's future that the public isn't aware of yet?