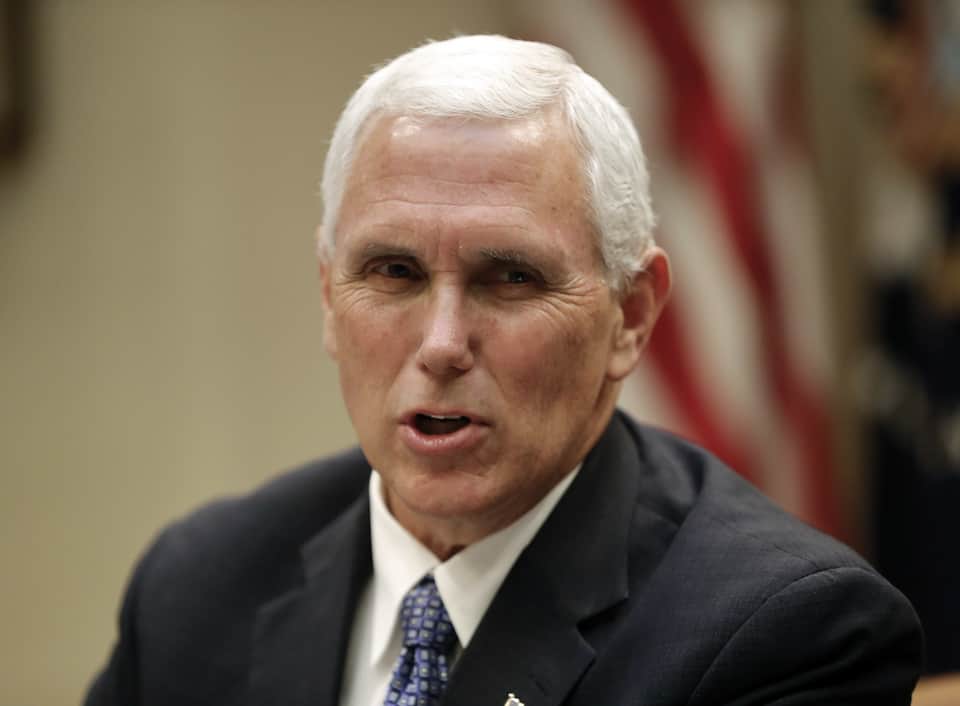 Mike Pence made a transparent attempt to shift the narrative surrounding this administration by trying to ramp up a culture war in which they were always on the losing side.

The attacks by Donald Trump and his administration on athletes protesting racial injustice had begun to fade from the front pages as other embarrassments for the White House piled up.

Trump's empty responses to the hurricane in Puerto Rico, his insults toward Puerto Ricans and the mayor of San Juan, his dangerous bluster on North Korea, the scandal around multiple Cabinet members using taxpayer money to fund their luxury travel, and Trump's tone-deaf reaction to the mass shooting in Las Vegas have all crowded out the childish snipes at black athletes who choose to take a knee during the national anthem.

Mike Pence has taken his own hits this week, as well, as a Puerto Rican woman shamed him for Trump's disastrous, brief visit to the island.

So clearly, it's time for a narrative shift, and Pence was willing to sink to whatever cynical and transparent low necessary to attempt it — including trying to revive the culture war his side was already losing.

In a series of tweets, Pence stuffily stated that he had walked out of a football game between his home team, the Indianapolis Colts, and the San Francisco 49ers after players on the field knelt during the anthem.

He went on to graciously say that "everyone is entitled to their own opinions," but that he doesn't "think it's too much to ask" athletes to respect the flag and anthem.

And he claimed that he was "[standing] with our soldiers" by doing so, although actual soldiers have something to say about that.

Trump actually claimed that he "asked @VP Pence to leave stadium if any players kneeled," which only gives further credence to the appearance of outright calculation behind the scenes of this little scheme.

CNN's Brian Stetler made the case for this all being a bit of playacting by Pence and Trump to try to distract the public from the multitude of other humiliating, horrifying stories roiling in the media every day:

In some ways, I think it's back to a culture war that Trump and Pence felt they were winning on. This was big news two weeks ago, it faded away, now it's back thanks to Pence's visit.

I've got to be cynical about this for a moment, Fred. Vice President Pence was in Las Vegas yesterday, speaking solemnly about the massacre there. Then he flew home to Indiana. He spent the night in Indiana and went to the game today. He's about to head back to the West Coast. So it makes you wonder if he purposely wanted to go to the Colts game today in Indiana in order to make this kind of statement, knowing that 49ers players were almost guaranteed to kneel. There has been players on the San Francisco team kneeling every single game.

So Pence and his team heading to the game today, they had to have known there was going to be kneeling. His statement almost seems written ahead of time and seems like this was a — you know, it seems like it was a staged moment for Pence to walk out and make a statement about this. But clearly he feels strongly about these anthem protests. He wanted to exprsss his criticism of them, so maybe he's back watching the game from home.

49ers players have indeed been kneeling at their games, and there is no room for Pence to pretend that he was surprised when they did it again today.

It's baffling that he would go to such orchestrated lengths — including telling reporters ahead of time that "there may be an early departure from the game" — to try to revive a subject on which he and his boss were losing so badly.

But perhaps Pence took a look at the news and missed the days when the headlines were about sparring tweets with athletes, and not about the administration's callous neglect of storm victims, mass shooting victims, women, children, and basically everyone else in the country.