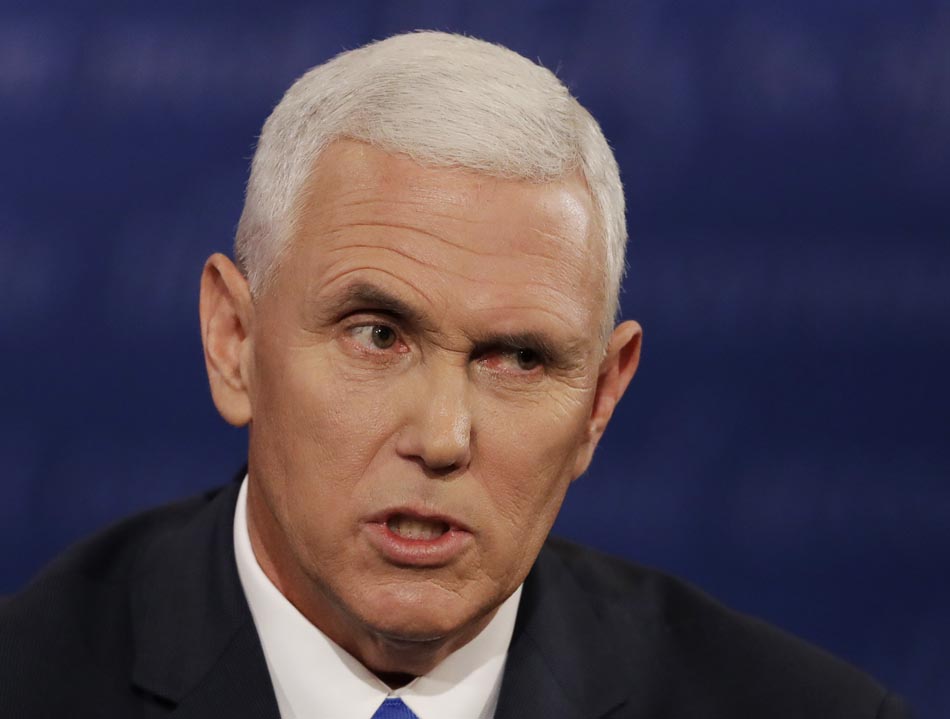 The vice president refused to take a pledge not to use hacked information from Russian adversaries in the 2020 campaign.

Vice President Mike Pence clearly has no qualms about benefitting from Russia's illegal hacking in the 2016 presidential election.

When asked by an MSNBC reporter on Wednesday about whether he "regrets" using hacked information from Russians and whether he pledges not to use any similar information in the 2020 campaign, Pence equivocated in the slimy, disingenuous way we've come to know and expect from Trump's No. 2.

"Do you regret using emails stolen by Russian intelligence officers during that campaign? And do you pledge to not to do so in this up upcoming campaign?" reporter Vaughn Hillyard asked Pence.

"The United States is taking strong action against the founder of WikiLeaks. We're seeking extradition and we'll be holding him accountable for his actions and compromising American secrets," Pence said, according to a full transcript of the interview that Hillyard tweeted.

Pence went on to say that special counsel Robert Mueller found "no collusion and no obstruction" — parroting Trump's lie about the Mueller report, which actually did find wrongdoing by Trump.

As Hillyard pointed out, Pence "refused to answer" either of his key questions: Did he regret using stolen material to win, and would he pledge not to do so again?

Hillyard added that when he tried to ask a follow-up to get a clear answer to those questions, Pence simply walked away.

Pence is not the only Republican refusing to pledge to avoid using materials hacked by Russians in the 2020 elections.

"Under my leadership, the Democratic National Committee will not encourage the theft of private data, nor will we seek out or weaponize stolen private data for political gain," DNC Chairman Tom Perez wrote in a Medium post on Wednesday.

Perez's post was an open letter to RNC Chairwoman Ronna Romney McDaniel, calling on her to "put country above party and publicly pledge that the Republican National Committee will do the same."

McDaniel has yet to respond.

Democratic Congressional Campaign Committee Chairwoman Cheri Bustos (D-IL) issued a similar pledge to the NRCC on Wednesday, which the NRCC has also ignored. That's even more egregious given that the NRCC used material stolen by Russians in attack ads against Democratic candidates in the 2016 election.

"Pence and the @NRCC are [100 percent] in lockstep on this message and it endangers our democracy," DCCC spokesman Cole Leiter tweeted Wednesday night.

By refusing to say that the Trump campaign denounces Russia's illegal actions and will refuse to accept any help from Russian hackers again in 2020, Pence is basically inviting Russia to once again interfere in America's free and fair elections.

And that should enrage every American, no matter your political party.