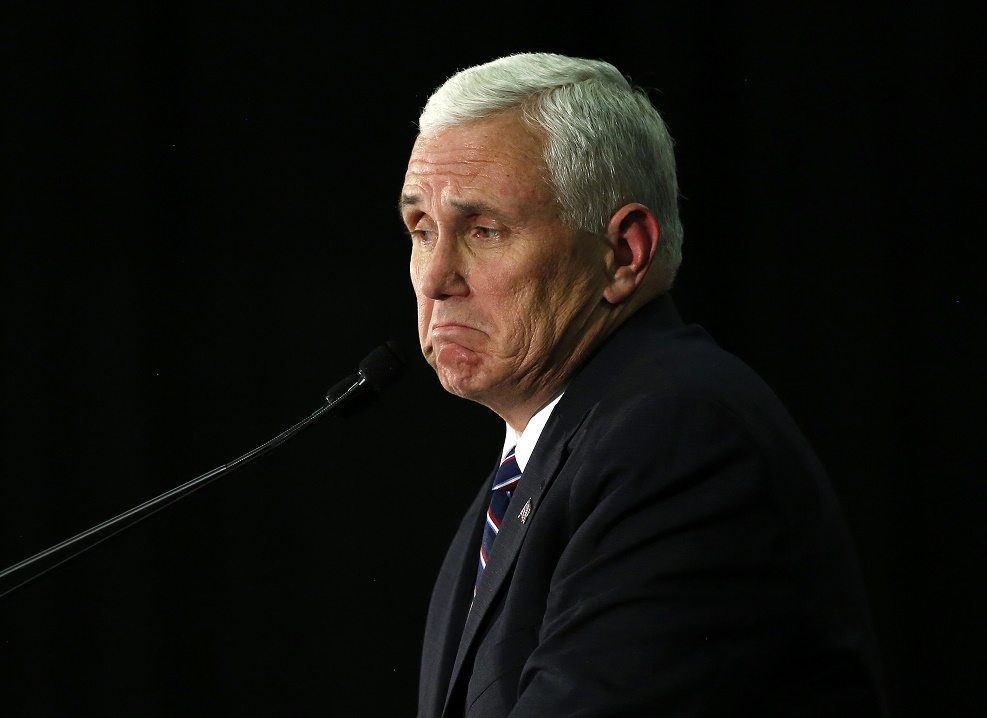 Marc T. Short, longtime Mike Pence aide and family friend, is the man orchestrating the White House obstruction of congressional investigation into the Trump team's ties to Russia. His behavior is the latest evidence that Pence may be yet another member of the Trump administration implicated in the Russia scandal.

Marc T. Short, the White House director for Legislative Affairs, is leading the Trump administration's obstruction of the congressional inquiry into Michael Flynn and Russia. Short is also a major player in Vice President Mike Pence's political operation, and further connects Pence to the Flynn scandal.

As previously reported, Pence was in charge of the Trump transition team, which ostensibly included vetting Donald Trump's appointments to his White House. Pence received information detailing Flynn's status as a lobbyist for a foreign government, but later denied knowledge of the entire affair, claiming Flynn had lied to him. That claim led to Flynn's removal from the position of national security adviser.

But a recent report from NBC News reveals that Pence did conduct a background check, albeit "very casually," and was aware of Flynn's connections to foreign governments, which the Trump team apparently ignored in order to appoint Flynn anyway.

The House Oversight Committee is seeking documents related to this process, but the White House is actively obstructing that investigation. Short authored the April 19 letter to the committee, refusing to turn over the requested documents about what the Trump team knew about Flynn and payments he received from the Russian government for an appearance at an event that was followed by dinner with Vladimir Putin.

In the letter, Short said it was "unclear" how the documents requested "would be relevant" to the inquiry. Both Democrats and Republicans have indicated that they view Flynn's actions as potentially criminal, as he received guidance from the Department of Defense that taking money from Russia as a former military officer could break the law.

Rep. Jason Chaffetz (R-UT), the chairman of the oversight committee, said if Flynn took the money, "it was inappropriate, and there are repercussions for the violation of law." Rep. Elijah Cummings (D-MD), the ranking member of the committee, said the payments to Flynn "are extremely troubling."

The Pentagon's inspector general is now investigating the payments to Flynn, even as the White House stonewalls Congress. And Short is almost certainly not acting alone in this obstruction.

Short was hand-picked by Pence to be chief of staff for the House Republican Conference while Pence served in Congress. Pence and Short's family attended the same church together, and their wives were in the same bible study group with each other.

Politico reports that Short has "a direct line to Pence," further noting, "If Pence is Trump’s ambassador to Congress, then Short is the head of his diplomatic corps."

Former Senator Kay Bailey Hutchinson told the outlet, "The good thing about Marc Short is when he’s sitting in on these meetings, he will be able to speak knowing what the vice president would want to happen."

The Flynn scandal appears to reach to the highest level of the Trump administration: Trump aggressively orchestrated Flynn's hiring, and Pence ran the botched vetting operation and then lied about it. And now Pence's top aide is obstructing congressional investigations into the Flynn matter and just who in the administration knew what and when. The Trump-Pence ticket is on the hook.