Home Local GOP candidate has to ask his wife what he thinks about birth...
Support progressive journalism.
Donate today 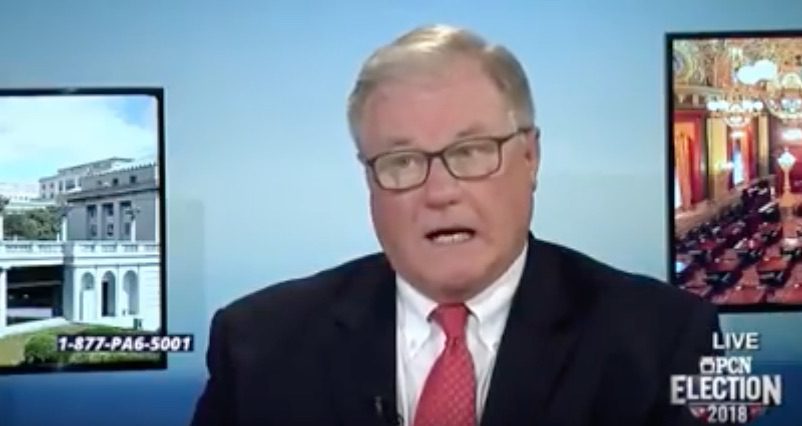 Apparently, Republican Scott Wagner needs his wife to tell him what to think about basic health care used by almost all women.

Republican Scott Wager is running for governor of Pennsylvania, but maybe his wife should be running in his place.

Asked during a TV appearance whether he thinks all women should have access to birth control, Wagner wasn't sure.

However, in the next breath, Wagner had no problem declaring himself "pro-life," without needing to consult his wife on that question since he is, after all, "a male."

But for a man who wants to be the chief executive of the state of Pennsylvania, trying to bow out of understanding a critical issue that affects all people — not just women — is ridiculous. Nearly all women — 99 percent — have tried to prevent pregnancy at some point in their lives.

Whether those women have easy and affordable access to birth control matters, not just to those women, but to all Americans. In fact, 86 percent of adults support policies that make it easier to access birth control.

That includes the Pennsylvanians Wagner claims he wants to serve.

"Birth control is basic health care for half of Pennsylvanians. Scott Wagner should not have to call his wife to figure out his position on it," said Kevin Griffis, vice president of communications at Planned Parenthood Votes. "Birth control and family planning is not just a women's issue — and our elected officials need to understand that."

But if he's more comfortably outsourcing his opinions on the basics of women's health care because he's "a male," he should explain why he said in 2014 that opposing abortion "will always be one of my guiding principles." He should explain why, as a state senator, he has felt comfortable not just voting for but sponsoring bills to ban access to abortion.

In fact, his radical war on abortion access earned him a powerful statement of support from the Pennsylvania Pro-life Federation, celebrating radical record of voting against women's health care.

He isn't just radical when it comes to women, though. The multi-millionaire Republican is often compared in Pennsylvania to Donald Trump. He even sent out a recent email referencing Trump's "drain the swamp" line, saying he wants to "give the Harrisburg swamp dwellers a big scare."

And he's got a Trump-like record of bigotry too. Last August, he was caught on tape delivering a horrific anti-Semitic rant about George Soros, calling him a "Hungarian Jew" with "hatred for America."

He didn't apologize for his bigotry either. Instead, he complained that "everybody's getting their knickers around their ankles over this," and later offered the pathetic defense, "I have a lot of friends that are Jewish friends."

Wagner isn't shy about expressing his opinions, no matter how unpopular or toxic they are.

But on the issue of basic health care that almost every woman in America — and thus, every woman in Pennsylvania — uses, he's just not sure what to think.