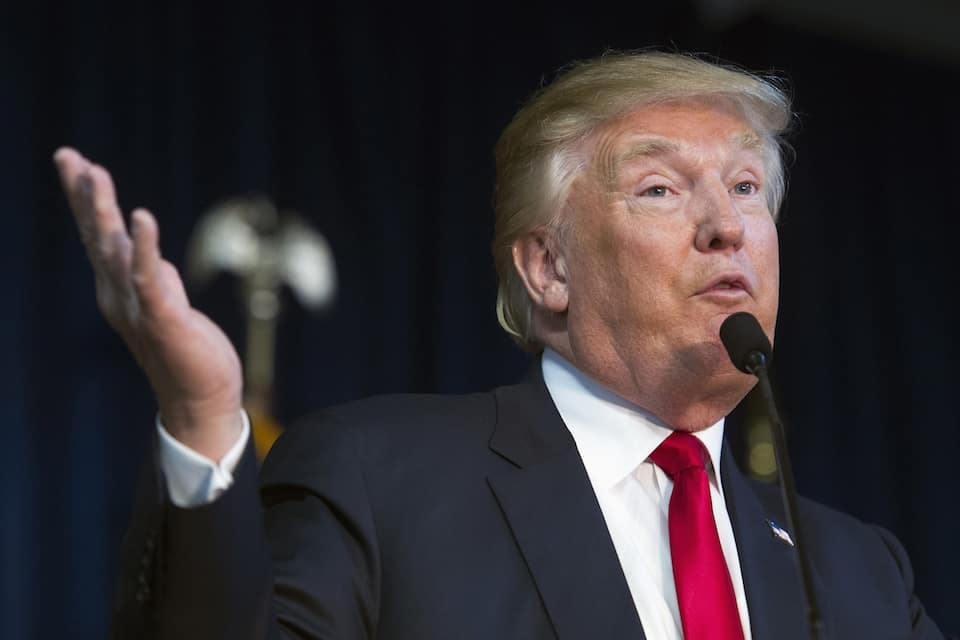 No one knows which "generals" Donald Trump conferred with about his new ban on transgender troops — not even the Pentagon itself.

Either Donald Trump has his own personal military, or he's a liar.

When Trump announced — by tweet — that his administration was reversing an Obama-era policy and "will not accept or allow Transgender individuals to serve in any capacity in the U.S. Military," he claimed to have come to the decision with the help of experts.

Specifically, "after consultation with my Generals and military experts."

Wherever those "Generals" happen to work, though, it's not at the Pentagon.

The Hill reports that the Pentagon all but confirmed that Trump lied about speaking with generals, because it wasn't until Monday — five days later — that conversations between the White House and the Pentagon actually began.

Indeed, when asked about the generals to whom Trump referred in his tweet, Davis had no information.

"You’d have to talk to the White House about that," he said. He confirmed that Department of Defense officials are still waiting for an official directive to be submitted to them.

Other officials have clearly stated they will make no changes to their current policies and guidelines unless and until that directive is issued.

The Pentagon was, in fact, "blindsided" by the announcement, and during the lull between Trump's first and second tweets, were worried that he was about to announce a military strike against North Korea.

The fact that Trump almost certainly lied in his announcement is, depressingly, not a surprise. And that he would feel the need to preemptively defend this hateful and bigoted policy by citing imaginary "Generals" who support it is quite telling — especially considering it was actually the repulsive result of a Mike Pence and Steve Bannon brainstorming session.

Indeed, even many in Trump's own party are adamantly opposed to the move. As Arizona senator and Navy veteran John McCain said, any Americans who wish to serve their country "should be treated as the patriots they are."

If Trump truly believed his policy was worth the price of the phone it was tweeted from, he wouldn't have felt the need to lie about it.

And he wouldn't have been shown up by the Pentagon when they pointed out his blatant dishonesty.