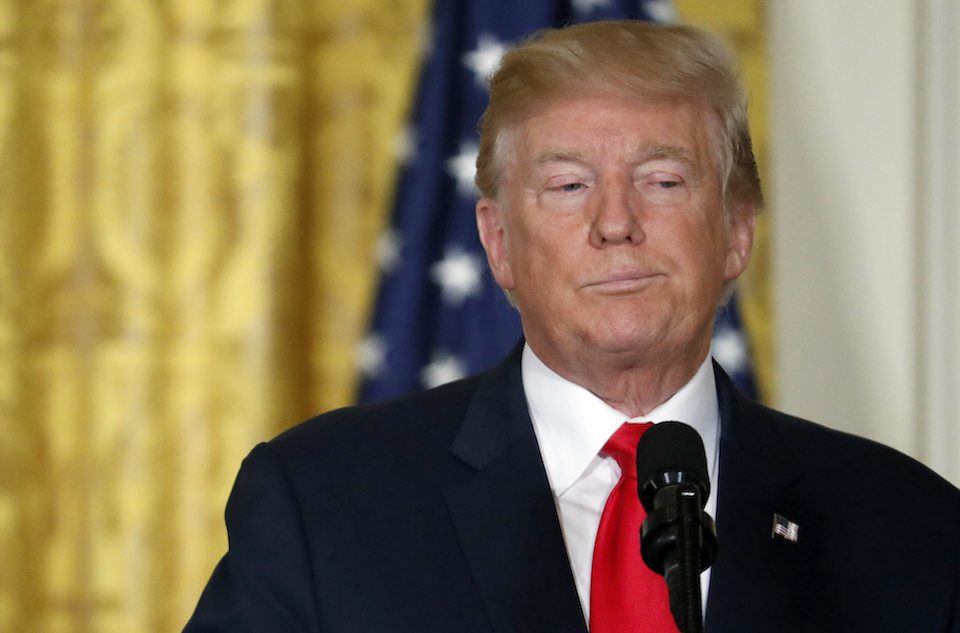 In the midst of a historically catastrophic natural disaster, Trump's top priority is still Trump.

On Wednesday morning, Donald Trump finally used his Twitter account to acknowledge the people suffering in Texas as a result of Hurricane Harvey.

But of course it was still about him.

"After witnessing first hand the horror & devastation caused by Hurricane Harvey," he tweeted, "my heart goes out even more so to the great people of Texas!"

But 15 minutes later, Trump returned to one of his favorite topics: complaining about the media's coverage of him.

After reading the false reporting and even ferocious anger in some dying magazines, it makes me wonder, WHY? All I want to do is #MAGA!

It's impossible to know which "dying magazine" prompted Trump's morning pouting. Trump and his team so frequently complain that the media does not praise Trump for all of his imagined accomplishments. Or, as his counselor Kellyanne Conway complained to televangelist Pat Robertson earlier this week, for his "humility."

But at a time when the country is devastated by, as Trump himself has described it, an "epic" hurricane in Texas, with tens of thousands of people displaced, more than a dozen people dead, and the fourth largest city in America under water, it's particularly egregious that Trump remains focused on himself.

During his trip to Texas, ostensibly to visit and console victims of the hurricane, Trump bragged about his crowd size and stated that while he wouldn't say "congratulations" just yet, he looked forward to the day when "we'll congratulate each other" on the government's handling of the disaster. At the time of his statement, the death toll in Texas had risen to 14.

On Wednesday, Trump travels to Missouri — a state he bragged about winning as Houston was drowning — to promote his tax plan, even though he doesn't have a tax plan; he's leaving it up to Congress to figure out the details.

But based on Trump's campaign statements, and the agenda of House Speaker Paul Ryan, it will undoubtedly be a plan to give tax cuts to the rich, while gutting necessary government programs. Programs that the people of Texas will need as they recover from this disaster.

And Trump wonders why he is attacked instead of praised for his despicable ideas of how to "make America great again."