Home National Planned Parenthood to Trump: Come visit a health center to face the...
Progressive journalism is under attack. Please help us fight back!
DONATE 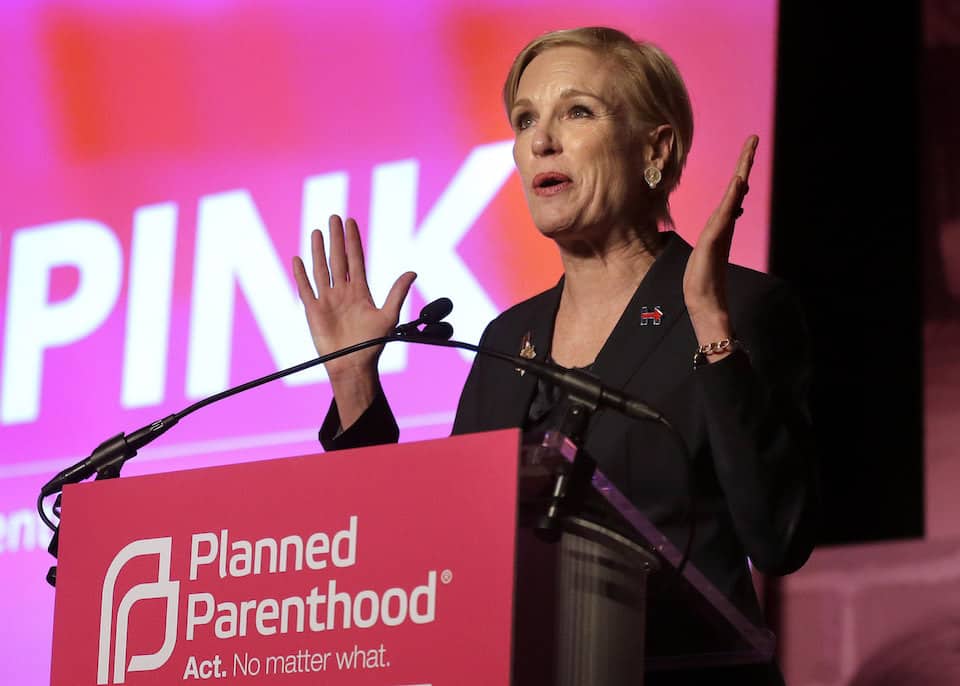 As Donald Trump travels to Iowa, Planned Parenthood's Cecile Richards is calling on him to visit a health center to see the lifesaving work they do — and the devastating harm his administration's defunding crusade would cause.

The Trump administration has relentlessly attacked Planned Parenthood for months.

From gutting federal funding for family planning through Title X, to barring Planned Parenthood specifically from participating in any federal programs, to pushing the Republicans' health care repeal plan that punishes women for being women, this White House has tried at every turn to hobble the health care organization's crucial work.

And that is why Cecile Richards, president of Planned Parenthood Action Fund, is challenging Trump to see for himself the devastation his funding cuts will bring to the millions of people her organization serves across the country.

In advance of Trump's visit to Iowa Wednesday — where four health centers have been forced to close due to funding cuts passed by Republican lawmakers and signed by then-Gov. Terry Branstad — Richards encouraged Trump, in both a letter and a press call, to visit a health center, in order to see the work they do and to meet the people who rely on Planned Parenthood when they have nowhere else to turn.

In her letter, Richards notes that Iowa's new governor, Republican Kim Reynolds, has fast-tracked implementation of those cuts, despite 77 percent of Iowans opposing the move, and with no concern for the 14,600 women who "will no longer be able to see their trusted health care provider for cancer screenings, STD testing and birth control."

Indeed, in 2015, Planned Parenthood health centers served nearly half of all Iowans who needed reproductive or family planning care.

"What's happening in Iowa is going to happen all over the U.S. if your health care repeal bill is signed into law," Richards continued. "You have the power to stop that."

And she pointed out that this provision, unlike much of the rest of the bill, would go into effect immediately, as soon as Trump signs it.

"This means as early as hours after the president signs Trumpcare into law, millions across this country would be told they could no longer come to Planned Parenthood" for their medical care, Richards warned.

And she knows quite well of what she speaks. Her home state has long been a leading antagonist of reproductive freedom, with horrifying consequences:

I come from the state of Texas so we have seen what this looks like when in 2011 similar legislation was put into places. It was a total catastrophe. 30,000 fewer Texas women got publicly-funded family planning care and 82 health centers shut down. This isn’t just a number — it’s 30,000 moms and daughters and sisters who weren’t able to get birth control or cancer screenings.

It is because of this kind of wholly avoidable damage that Richards wants Trump to visit a health center, to have more than an abstract and inaccurate notion of what Planned Parenthood is — to fully and truly understand who they are and what they do.

During the campaign, Trump actually praised Planned Parenthood for the "very good work for millions of women" it has provided for a century. If he really believed that, he has the opportunity now to protect that work, and those millions of lives.