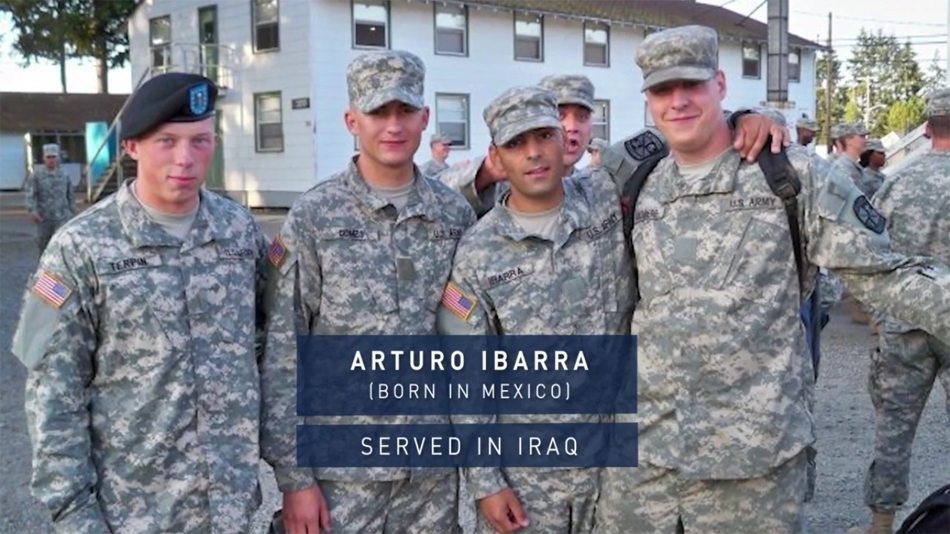 VoteVets.org
Get The American Independent in your inbox

Donald Trump's campaign has been rife with anti-immigrant sentiment. A new video from VoteVets.org, featuring immigrant servicemembers and veterans, is a moving and important reminder of one of the many crucial roles immigrants play in this nation.

When Donald Trump announced his candidacy, his opening salvo was to say that Mexico was not sending "their best," but "people with lots of problems."

His anti-immigrant rhetoric has continued throughout the campaign, particularly centered on Mexican and Muslim immigrants.

His words and policies have been rooted in fear-mongering, eliding the many significant contributions that immigrants have made and continue to make to this nation.

This moving video produced by VoteVets.org highlights one of those contributions: Service in defense of their adopted home.

"More than 600,000 U.S. veterans are immigrants," the video reminds us. And "some make the ultimate sacrifice, yet are treated like enemies at home."

I am a person married to an immigrant who is so proud to be an American citizen. The way Trump has spoken about immigrants has been the subject of many conversations in our house this election.

Trump would certainly insist that he is not speaking about my husband, who is a white European, not a Muslim, and immigrated on a fiancé visa. But we are an immigrant family, and we identify with other immigrant families — not with a man who speaks with disdain toward immigrants, suggests that some immigrants are worthier than others, and ignores the contributions of immigrants he does not like.

Even those who make the ultimate sacrifice for this country.