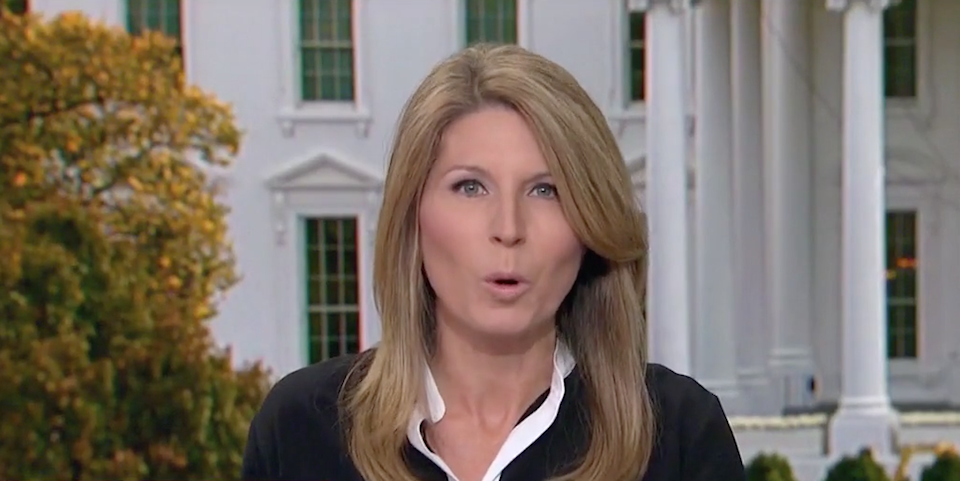 The Republican Party is falling apart.

The Republican Party — the party that claimed complete victory in November, taking the White House and maintaining control of the House and Senate — is falling apart.

"A political implosion is underway," said Nicolle Wallace, a longtime Republican strategist who worked in George W. Bush's White House and on John McCain's presidential campaign in 2008 and now hosts an afternoon show on MSNBC.

"Bob Corker is locked in a knife fight with President Trump over his comportment in office," Wallace continued. "And conservative GOP Sen. Jeff Flake — one of the few Republicans in the Senate willing to criticize the president — today announced that he would retire instead of face re-election in this political climate."

On Tuesday, Arizona Sen. Jeff Flake announced that he will retire at the end of his term rather than seek re-election next year, in an increasingly toxic political climate, thanks in no small part to the extremely toxic occupant of the Oval Office.

Flake announced his decision in a fiery speech on the floor of the Senate, only hours after Tennessee Sen. Bob Corker, who announced in September that he too would rather retire than run again in 2018, blasted Donald Trump's behavior, his tweets, his lies, and his incompetence.

"I think that he’s proven himself unable to rise to the occasion," Corker said of Trump.

It's an absolutely stunning state of affairs for the Republican Party. But thanks to Trump, the party has been at war with itself, despite taking full control of the federal government. Trump regularly antagonizes, threatens, and belittles members of his own party, while Republican leadership awkwardly tries to avoid taking sides.

Even Wallace's commentary shows how far the GOP has gone. Wallace has become a regular and fierce critic, not only of Trump, but of the entire party she has worked for. In June, she warned that "the party will be permanently associated with misogyny if leaders don’t stand up" to Trump and his misogyny.

Since then, both Corker and Flake have stepped up their criticism of Trump, while most of their colleagues say nothing.

The party as a whole continues to fail and flail, with no significant legislative accomplishments and the hostility among different factions only growing uglier.

Corker and Flake have both placed the blame largely on Trump, but the majority of the party that has thus far been willing to tolerate Trump's atrocious and unpresidential behavior — either out of a naive hope that he will improve or a cynical desire to see their agenda enacted, regardless of the price they must pay — carries the real burden.

The GOP certainly does appear to be imploding. The question is whether they can right themselves, and do something about the leader of the party — before they all take the country down with them.