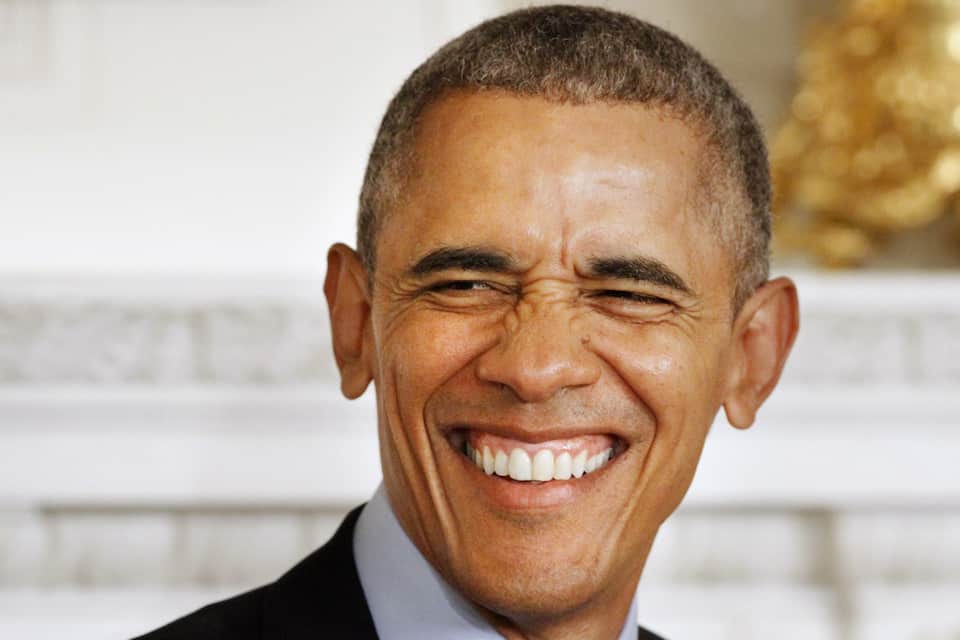 President Barack Obama explained to an audience that Obamacare has never been more popular, topping Donald Trump's approval rating on the 100th day of his presidency.

President Barack Obama marked the upcoming 100th day of Donald Trump's presidency by noting his failure to repeal Obamacare, and how much more popular the law is than Trump.

An attendee at a private speech given by Obama in Manhattan paraphrased his remarks to CNN: "The Affordable Care Act has never been more popular — and it's more popular than the current president."

The former president also predicted that because the law provides health insurance to millions of people, it will increasingly be difficult for Trump, House Speaker Paul Ryan, and their Republican allies to fulfill their campaign promises to repeal it.

Obama's comments came as Republicans again were forced to pull back on their latest repeal effort, as an avalanche of calls and resistance has continued to scare off Republicans from supporting the new bill. Republicans had desperately wanted something on the record to show as a 100th day accomplishment for Trump, but are now forced to cite a series of mundane laws and giveaways to campaign donors.

And as Republicans have fumbled one of their key initiatives, support for Obamacare has never been higher thanks to Trump's attacks. The latest data shows 61 percent of the public supporting it, while only 37 percent support the Republican attempt to repeal it. Most people believe Trump and Congress should work to keep the law going, rather than their stated strategy of sabotage.

Trump surely wishes his approval numbers were remotely close to Obamacare's figures. On his 100th day in office, Trump will be the lowest rated president at that point in American history: In Gallup's latest quarterly survey, Trump is at 41 percent support. By contrast, President Obama had 63 percent support at the same point in his term.

Republicans adopted the term Obamacare in order to attack the law after its passage, but both the legislation and its namesake are grinning today as the GOP frowns.