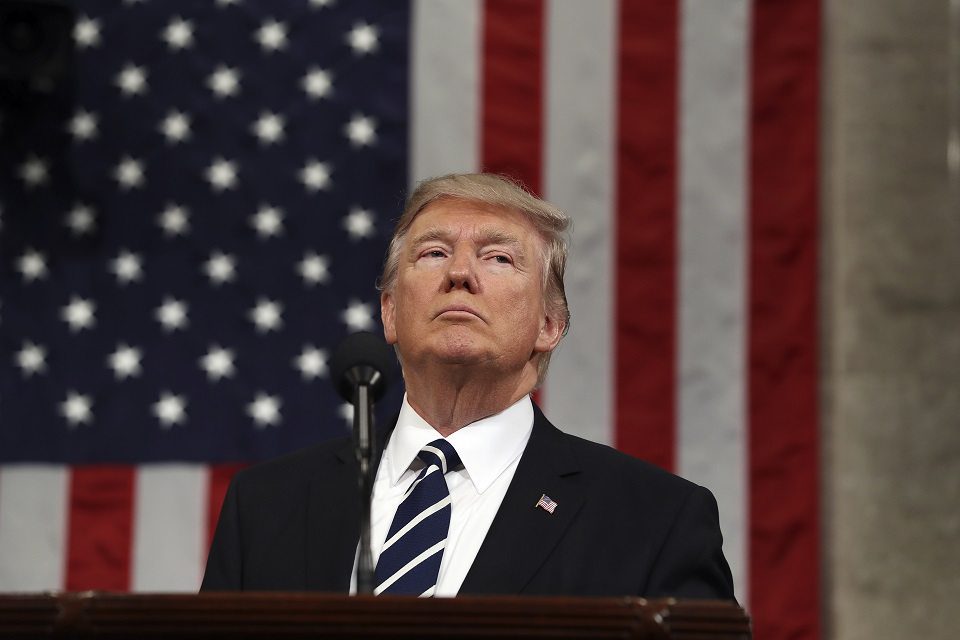 Donald Trump lied to the grieving widow of a Navy SEAL about why her husband died in a raid he ordered. The moment, widely praised by the GOP and the media, is part of an ongoing Trump campaign to deflect responsibility for the tragic outcome of the action.

One of the most remarked-upon moments during his address to a joint session of Congress occurred when Donald Trump singled out Carryn Owens, the widow of Navy SEAL William "Ryan" Owens, who was killed during the counterterror operation in Yemen hastily ordered by Trump five days into his presidency.

But contrary to the claims of many pundits, this was not a "presidential" moment. And it was yet another lie from Trump:

TRUMP: We are blessed to be joined tonight by Carryn Owens, the widow of U.S. Navy special operator, Senior Chief William "Ryan" Owens. Ryan died as he lived, a warrior and a hero, battling against terrorism and securing our nation. [applause]

I just spoke to our great General [Jim] Mattis just now who reconfirmed that, and I quote, "Ryan was a part of a highly successful raid that generated large amounts of vital intelligence that will lead to many more victories in the future against our enemy."

Ryan’s legacy is etched into eternity. Thank you. [extended applause]

And Ryan is looking down right now. You know that. And he’s very happy, because I think he just broke a record. [laughter and applause]

For as the Bible teaches us, there is no greater act of love than to lay down one's life for one's friends. Ryan laid down his life for his friends, for his country, and for our freedom — and we will never forget Ryan. [applause]

What Trump said to Carryn Owens about why her husband died is a lie.

Since the raid occurred, Trump and his team have repeatedly claimed that the intelligence obtained was valuable and vital to the ongoing fight against international terrorism. But senior officials have repeatedly said that the information was not valuable, and not useful in the prevention of terrorist attacks against America and its allies.

Similarly NBC reported that a "senior Congressional official" who had briefed on the mission "said he was not aware of any new threat from al Qaeda in the Arabian Peninsula, the al Qaeda affiliate that was targeted." Senator John McCain (R-AZ) previously said, "When you lose a $75 million airplane and, more importantly, an American life is lost and wounded I don't believe you can call it a success," and was attacked by Trump in a Twitter tirade for doing so.

Reportedly, the raid’s real target was al Qaeda leader Qassim al-Rimi, but he escaped harm and has issued audio recordings taunting Trump since the event. Yemen’s government has restricted how America can act in the region as a result of the raid’s civilian casualties.

Trump’s behavior with Owens is even more disgraceful in the context of his comments in a Fox News interview aired earlier in the day, where he blatantly passed the buck to military leadership over the disastrous outcome of the raid: "This was a mission that was started before I got here. This was something that was, you know, just, they wanted to do."

Bill Owens, Officer Owens’ father, was not in attendance at the presidential address (and refused to meet with Trump when Owens’ body was returned to U.S. soil). He has gone on record to demand an investigation into the circumstances surrounding his son’s death, and has called out Trump for this type of deflection, saying, "Don’t hide behind my son’s death to prevent an investigation."

The mainstream media, predictably, has fallen for Trump’s made-for-television exploitative moment hook, line, and sinker. But his exploitation of the Owens family's grief does not change the underlying problems of the raid and its aftermath.

Trump, over dinner with Steve Bannon and his son-in-law, hastily approved a mission that his predecessor decided against. As a result, Navy SEALs faced an unexpected opposition, Officer Owens and multiple civilians were killed, Yemen has restricted our ability to fight in the region, and blood is on Trump’s hands as he tries to evade the responsibility of his office.

Officer Owens, his wife, his father, and the country deserve much better than what Donald Trump is offering.