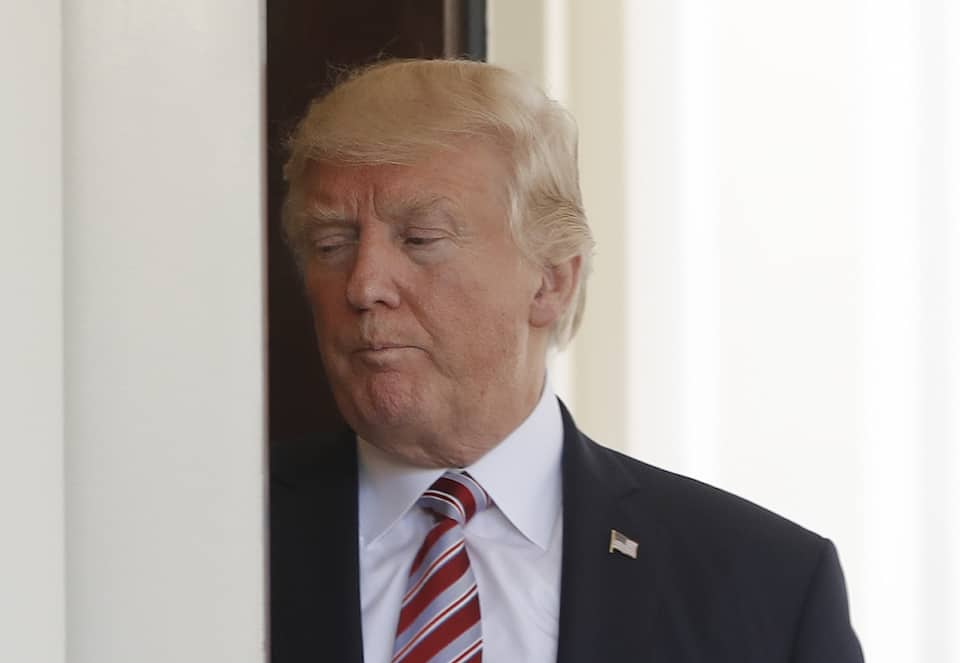 The White House is refusing to implement sanctions against Russia for interfering in our election to install Donald Trump. The question is, why?

Over the summer, Congress passed a bill imposing sanctions on Russia. But so far, Donald Trump has refused to do anything about it.

And members of Congress are increasingly concerned that Trump is flagrantly ignoring a law that requires him to act.

It is a known fact, confirmed again and again by the entire intelligence community, that Russia interfered in the 2016 election, with the explicit purpose of helping Trump win. Trump still refuses to acknowledge this fact, dismissing it as a hoax and a Democratic conspiracy.

The most dangerous thing about Trump's refusal to accept the overwhelming evidence of Russia's actions is that he has done nothing to protect America and our democratic system from future attacks. That is why almost every single member of Congress voted over the summer for sanctions against Russia, with a deadline requiring Trump to act by Oct. 1.

But Trump has outright ignored that deadline.

In an interview with CNN's Chris Cuomo, independent Sen. Angus King of Maine explained just why it is so disturbing that Trump has done nothing about Russia's attacks:

KING: Well, because these sanctions were passed virtually unanimously last summer, and as I mentioned earlier, we had this attack on our country by the Russians, and there's been no price paid, there's been no response, essentially. And we know that they're still at it, they're at it around the world. [...]

An expert told us recently, here's what they do: They take a crack in your society and turn it into a chasm. And they're trying to foment dissent. And we passed these sanctions because of what they did. There's no doubt that they did it. And the administration, so far anyway, has taken no action to implement those sanctions. [...]

The real question is, is this bureaucratic delay or has there been some conscious decision to lay off these sanctions, for example, until the president meets with Mr. Putin later this fall? I don't know the answer to that. If the president and the White House are consciously and deliberately delaying an action that's been mandated by Congress on something this important, that's pretty disturbing.

There are many questions about Trump's mysterious relationship with Russia — about his campaign's interactions with Russian operatives during the election, about his shady business dealings and investments in Russia, about his praise and defense of Russian President Vladimir Putin.

But as King notes, why Trump refuses to hold Russia accountable for attacking our country and trying to hack our election is "pretty disturbing." The American people deserve answers and accountability. But most of all, we deserve a president who understands the seriousness of Russia's actions and will do absolutely everything in his power to stop it from happening again.

Trump continues to prove he is not.