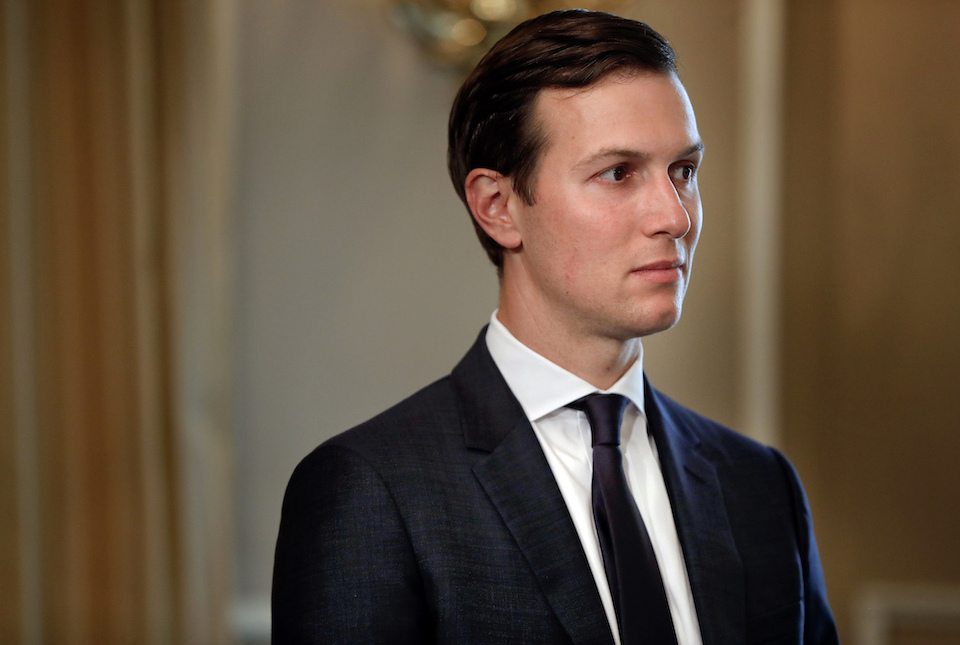 NSA officials say Jared Kushner's use of personal email likely made him a target of foreign intelligence services.

The National Security Agency warned top Trump administration officials in a series of classified briefings that using their personal cell phones and emails could make them vulnerable to espionage by America's adversaries, according to a new report.

"Jared is probably one of the top five or 10 targets in the U.S. government because of his access to the president and because of the portfolios he's been given," Richard Clarke, a former top cybersecurity adviser to three presidents, told Politico.

According to Politico, the NSA briefers warned Kushner and other top Trump aides that "cyberspies could be using sophisticated malware to turn the personal cellphones of White House aides into clandestine listening devices, to take photos and video without the user's knowledge and to transfer vast amounts of data via Wi-Fi networks and Bluetooth."

Despite the warnings, Kushner, along with other top White House aides, continued to use their personal devices and email accounts for official government communication.

Kushner's unique role as the president's "point-man" on foreign policy in places like China, Syria, Afghanistan and the Middle East, as well as on a range of domestic issues, makes him particularly vulnerable to foreign espionage, said Clarke.

"It's a pretty safe bet that his personal devices have been compromised by foreign intelligence services," Clarke said. "And, therefore, there is some risk that meetings he attends are compromised, too."

According to Politico, Kushner and his wife Ivanka Trump created a private family email domain before Trump took office in January. Kushner reportedly communicated with key White House officials using the account from January through August of this year.

Through it all, Kushner has retained his security clearance and still receives classified briefings on the nation's most sensitive secrets.

But apparently, this is a topic that no longer concerns Trump and his team.