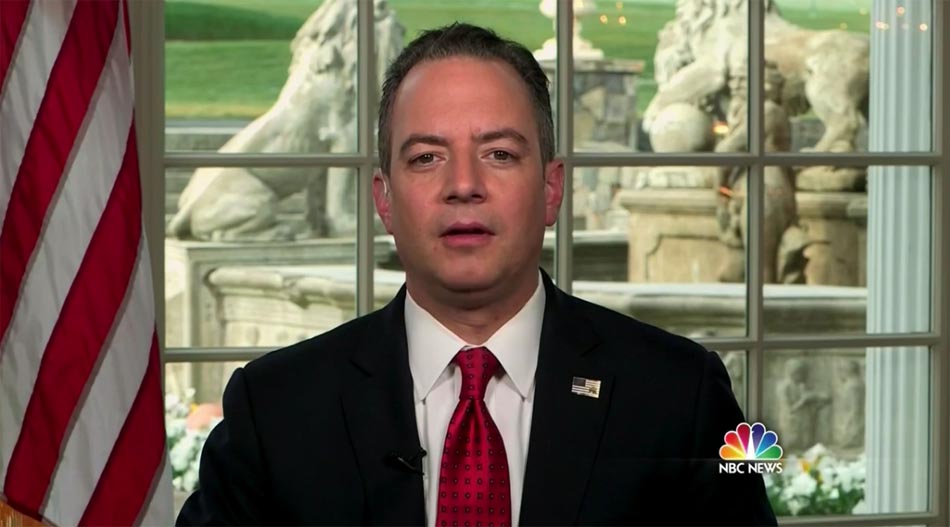 Reince Priebus, the Republican National Committee chair who has been tapped to serve as Donald Trump's chief of staff, did the rounds on the weekend political shows, where he was asked about the forthcoming administration's views and policies on Muslims. His answers were frightening. So was the non-reaction of the interviewers.

During an interview with Martha Raddatz on ABC's This Week, Reince Priebus was asked about the alignment of Donald Trump's views with the man he has selected as his national security advisor, former Lieutenant General Michael Flynn, who has called Islam "a cancer."

"Is he in line with how President-elect Trump views Islam?" Raddatz asked.

"I think so," Priebus replied. "Phrasing can always be done differently, but clearly, there are some aspects of that faith that are problematic, and we've known them. We've seen it."

Priebus says Flynn and Trump are in line on Islam: "There are some aspects of that faith that are problematic." https://t.co/nGRX8OP0zP

All the spinning about how this is not a "blanket" condemnation of all Muslims cannot justify such a dangerous and alarming statement about an entire faith.

While speaking with Chuck Todd on NBC's Meet the Press, Priebus made a similarly sinister statement, followed by diversionary spin. Todd, also citing the selection of Flynn and his assertion that "fear of Muslims is rational," asked Priebus: "Can you equivocally rule out a registry for Muslims?"

"Look, I'm not going to rule out anything," Priebus replied.

Priebus' comments are extremely troubling. Equally troubling is how normalized such hateful and incendiary rhetoric has already become.

Neither interviewer expressed dismay or concern at hearing the future chief of staff of the president-elect say that aspects of an entire religion are "problematic," nor refuse to rule out a registry for members of that religion.

This is not normal. And it should categorically not be treated as though it is.