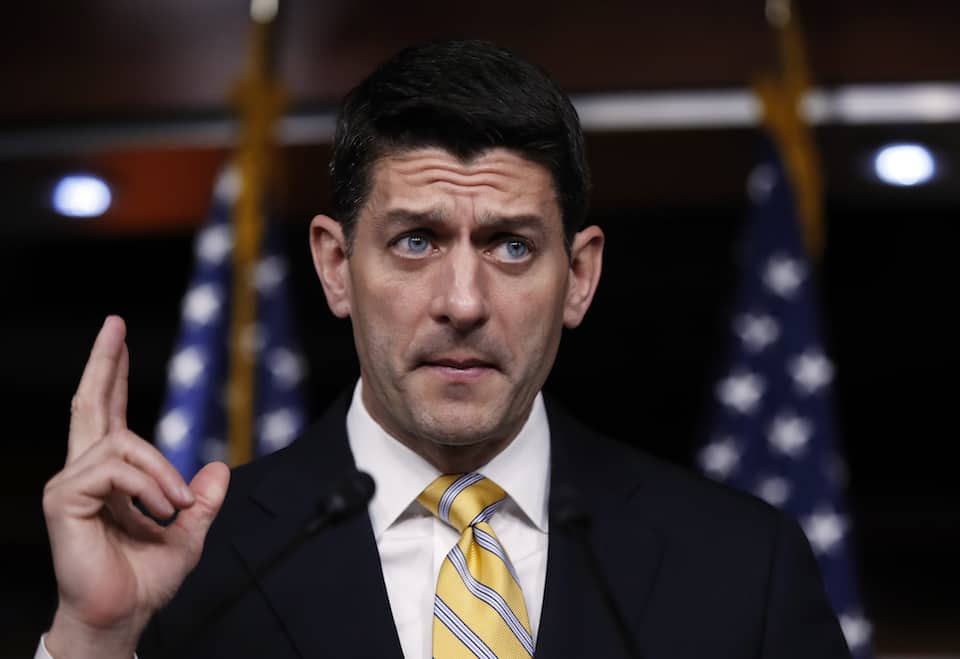 The supposedly "pro-life" Republican House is too focused on denying women access to health care to bother protecting health care for kids.

When conservatives talk about being "pro-life," one has to wonder just what lives they mean.

They don't mean the 9 million kids covered by the Children's Health Insurance Program, which Republicans in Congress just allowed to expire because they were too busy focusing on their failing Obamacare repeal plan and their tax scam giveaway to billionaires.

Tuesday, the House will vote on HR-36, the mendaciously titled "Pain-Capable Unborn Child Protection Act," which would criminalize abortion after the arbitrary cut-off point of 20 weeks, which had previously been declared unconstitutional.

Speaker Paul Ryan, one of the most virulently anti-women's health members of Congress, has decided that this is a top priority for his caucus, while he ignored the urgent need to protect health care for children.

Not even the horrific massacre in Las Vegas, where at least 59 people were murdered and another 500 injured, is enough to make them adjust their priorities for the week, even as Democrats in Congress are calling on GOP leadership to finally do something to prevent another such tragedy.

Instead, House Republicans are focusing on depriving women of access to health care.

As a team of medical professionals, researchers, and public health advocates writes at Rewire, the GOP bill is "misleading at best and egregious at worst."

The claim on which the bill is based — that fetuses can feel pain beginning at 20 weeks' gestation — is "not supported by  reliable evidence or respected medical research." In fact, over 150 studies on the topic have found no truth to the notion.

But as the article's authors note, "ideology trumps science" when it comes to conservatives and reproductive freedom — to truly devastating ends.

HR-36 calls for punishing abortion providers if they terminate a pregnancy past that 20-week deadline, which would undoubtedly scare many reputable medical professionals off and would drive those seeking abortions into the hands of unsafe, unregulated back-alley providers.

Thus, the lives of those desperate enough to terminate a pregnancy that they would put themselves at risk of injury, infection, and death due to an unsafe abortion are also apparently excluded from conservatives' version of "pro-life."

The White House released a statement Monday formally endorsing HR-36, claiming the ban "would help to facilitate the culture of life to which our nation aspires."

"America's children deserve the stronger protections that H.R. 36 would advance," the statement claimed.

No, what America's children — those who are actually walking around in an increasingly dangerous and hostile world — deserve is health insurance and a government that cares more about the culture of their lives than those of the gun lobby.

"It’s ironic that while Republicans claim to be ‘pro-life’, time and again they have refused to hold hearings on gun violence or pass commonsense gun violence prevention legislation to address the more than 90 Americans killed by guns every day," Taylor Griffin, spokesperson for House Democratic Leader Nancy Pelosi, noted sharply in a statement to Shareblue Media.

It is indeed ironic, and it is also maddeningly callous that the GOP can devote so much time and concern to fetuses, only to let them be born into a world where, if Republicans had their way, they would have no health insurance, no clean air or water, and be at ever-present risk of death or injury from gun violence.

The term for that is "anti-life."