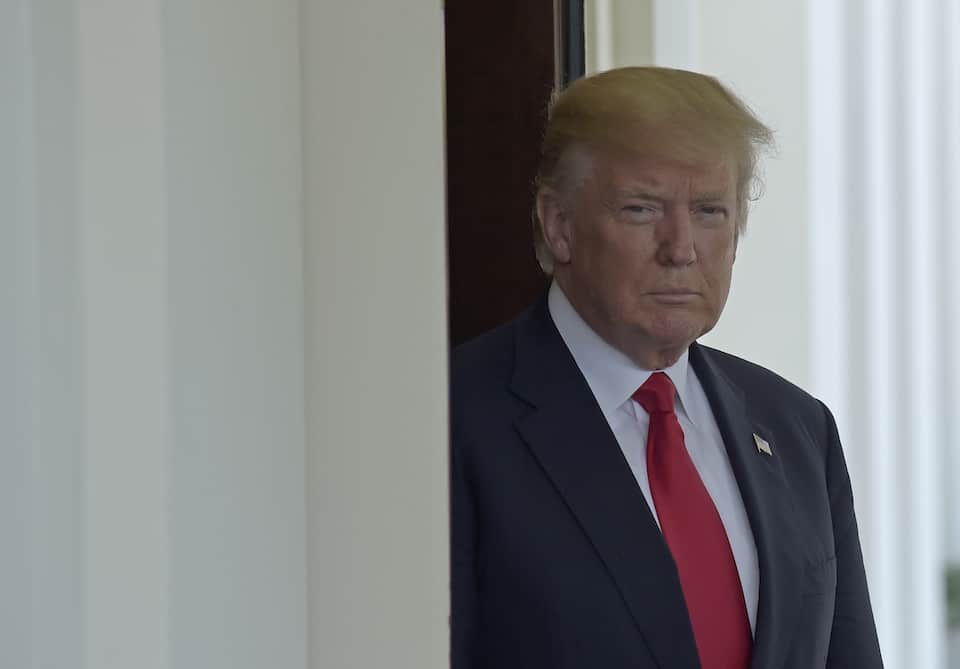 Right-wing MSNBC commentator Hugh Hewitt, a massive cheerleader for Donald Trump, was forced to admit the new bombshells from the Wall Street Journal and Lawfare may reveal possible collusion between Trump's campaign and Russian hackers.

It would be hard to find a bigger supporter of Donald Trump, or a more ardent apologist for his open corruption, than Republican MSNBC contributor and talk-radio host Hugh Hewitt.

Hewitt is so desperate to make Trump look good that he once even apologized for asking Trump a foreign policy question he could not answer.

And while Hewitt has spent months denying there is any evidence Trump was involved with Russia's interference in our election — once calling the allegations "baseless" — on Sunday, Hewitt finally admitted there is a possible way Trump's inner circle could have been working with Russian hackers.

During a panel discussion on Meet the Press, Hewitt noted that new reports from the Wall Street Journal and Lawfare show a "path to collusion," if the evidence bears out.

TODD: He writes this, and it's under the headline, 'The time I got recruited to collude with the Russians' — [reading] It is no overstatement to say that my conversations with Smith shocked me. Given the amount of media attention given at the time to the likely involvement of the Russian government in the DNC hack, it seemed mind-boggling for the Trump campaign — or for this offshoot of it — to be actively seeking those emails. To me this felt really wrong. [T]hey [Smith and his colleague] had a reckless lack of interest in whether the emails came from a Russian cut-out. Indeed, they made it quite clear to me that it made no difference to them who hacked the emails or why they did so, only that the emails be found and made public before the election.' Hugh Hewitt?

HEWITT: Well, until this point there has been no evidence of collusion. And I was on the show with you when Shane, the Wall Street Journal reporter, joined and broke the story on Meet the Press Daily. And it changes it because it gives a path to collusion. I do think it adds gray — it's smoke.

TODD: It's smoke. And there's a gun. We just don't know if the smoke and the gun — is from that gun.

HEWITT: And Mueller is going to put out "do not destroy" memos to everyone. And Flynn will be questioned about this. And if there is a connection between Smith and Flynn, there is a path to collusion. But there is no collusion evidence yet.

Hewitt is referring to a story, first broken in the Wall Street Journal by intelligence expert Shane Harris, which details the actions of the late Republican operative Peter Smith, who attempted to obtain stolen Hillary Clinton emails from Russian hackers for Trump campaign officials, and subsequently worked to cover up the involvement of the Trump campaign.

There is already extensive evidence that Flynn knowingly rewarded the hackers by discussing possible removal of U.S. sanctions with Russian diplomats, and that he illegally accepted money from Russian officials.

But the evidence from Shane and Tait goes further — it suggests Flynn may have actually sent intermediaries to work with Russian spies as they conducted cyber warfare against the United States.

When confronted with this new evidence, Hewitt may have qualified his response and insisted there is no hard proof that Trump's team colluded with Russian hackers. But even he was forced to admit there is a possible way they could have.

Little by little, the resolve of the GOP media personalities continuing to defend Trump against the mounting evidence of Russian collusion is starting to falter. And Trump has no one to blame for that but himself.