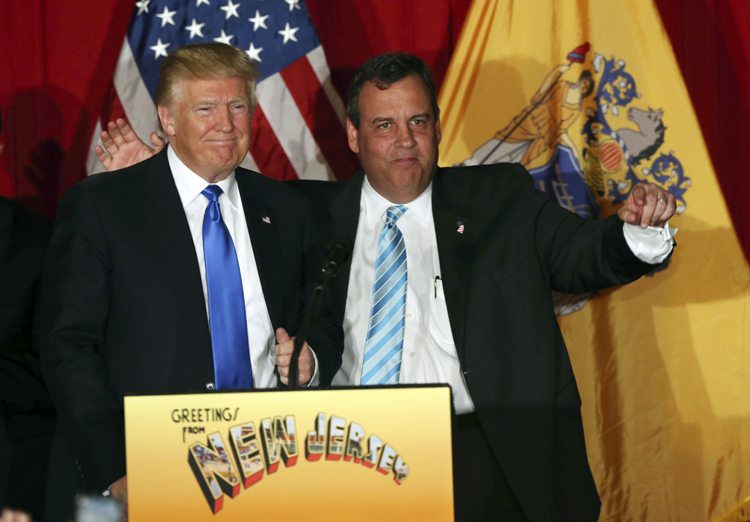 Two former officials from New Jersey Governor Chris Christie's administration are on trial, charged with closing the lanes to the George Washington Bridge during rush hour in 2013 and then subsequently covering up the political motivations for the closures. Trial prosecutors now say Christie knew about the lane closures as they happened, which he has previously denied.

The lane closure scandal known as "Bridgegate" has led to years-long investigations, with United States Attorney for New Jersey, Paul J. Fishman, having explained during the announcement of indictments that:

[T]he conspirators “callously victimized” the citizens of Fort Lee, N.J., purposely scheduling the lane-closing plan to coincide with the first day of school. Then, he said, they sought to cover up the scheme with a “sham” story of a traffic study on the bridge to Manhattan. He said that there was evidence to suggest that using a traffic jam to exact revenge was discussed as far back as 2011.

In 2014, Christie said he "unequivocally" had no knowledge of the plan, nor its intent as retaliation against the mayor of Fort Lee for failing to endorse Christie for re-election.

In fact, his statement to New Jersey's 101.5 FM was quite definitive: "Let's make one thing clear right off the bat, which I think is the most important issue and the most important issue is," he said. "Did I know anything about a plan to close these lanes? Did I authorize it? Did I know about it? Did I approve it? Did I have any knowledge of it beforehand? And the answer is still the same, it's unequivocally no."

Which is very carefully parsed to be true…almost. He may not have officially authorized it, but he did "know about it." As it was happening, and not merely after the fact, as he's claimed.

Gov. Chris Christie of New Jersey knew that his close associates were involved in a plan to shut down lanes leading to the George Washington Bridge as it was happening and that the closings were intended to punish a local mayor for declining to support him, prosecutors said on Monday.

It was the first time Mr. Christie, a Republican, has been accused of knowing about the scheme as it unfolded.

Prosecutors from the United States attorney’s office said that two of the alleged co-conspirators in the case, David Wildstein and Bill Baroni, had bragged to the governor about the lane closings, and that they had been done to “mess” with the mayor of Fort Lee because he had declined entreaties to endorse the governor’s re-election.

Christie is a bully, so it's no surprise that he is not only one of Donald Trump's most reliable surrogates and apologists, but has also been selected for the key role of heading the transition team if Trump wins the election.

One can only imagine that a man as concerned with exacting political vengeance against his ideological foes as Christie is will have in store if Trump wins the White House. Just another reason to keep him—and all his pals—out.