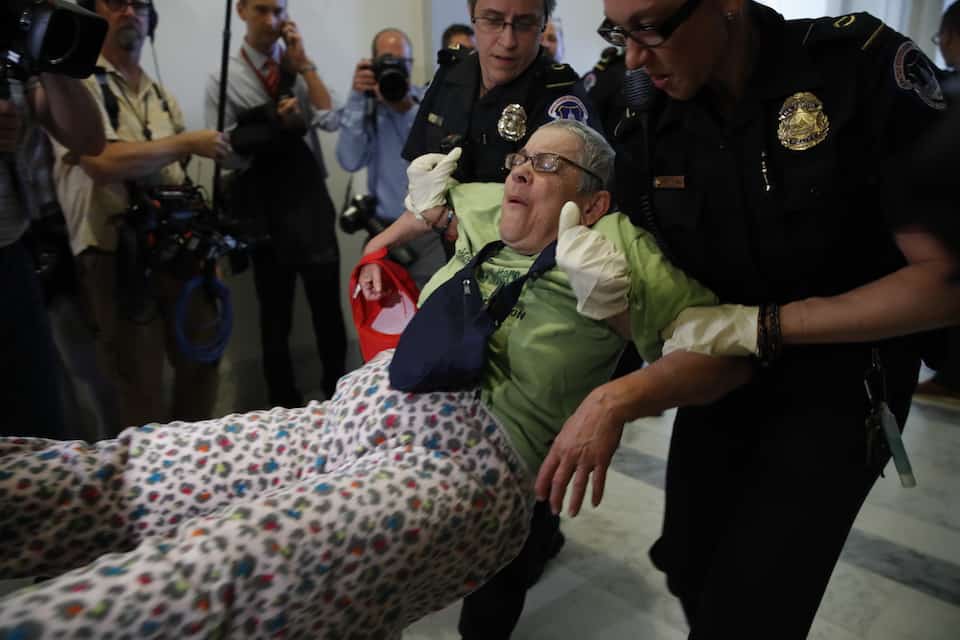 Protesters in wheelchairs showed up to protest the Senate Republicans' plan to cut Medicaid. They were physically removed by security agents.

These patients would be especially harmed by the bill that includes deep cuts to Medicaid. But just as Democrats and the public at large were excluded from the Senate GOP's process of crafting the bill, these patients' voices were not welcome. And they were physically removed.

If a picture is worth a thousand words, this video is shockingly priceless — and horrifying.

The protesters held up signs identifying themselves as Medicaid recipients. They would feel the brunt of the cuts if the Republican bill is passed and becomes law, which would enact cuts to the program that millions of disabled Americans rely on.

The protesters were physically removed from their place in front of McConnell's office, some of them taken out of their wheelchairs by security, and carried out of the Capitol building.

This is the seminal image of our battle. She’s being arrested for protesting ACA repeal outside McConnell’s office. https://t.co/MCmZQSkt1I pic.twitter.com/50bkiUcmAo