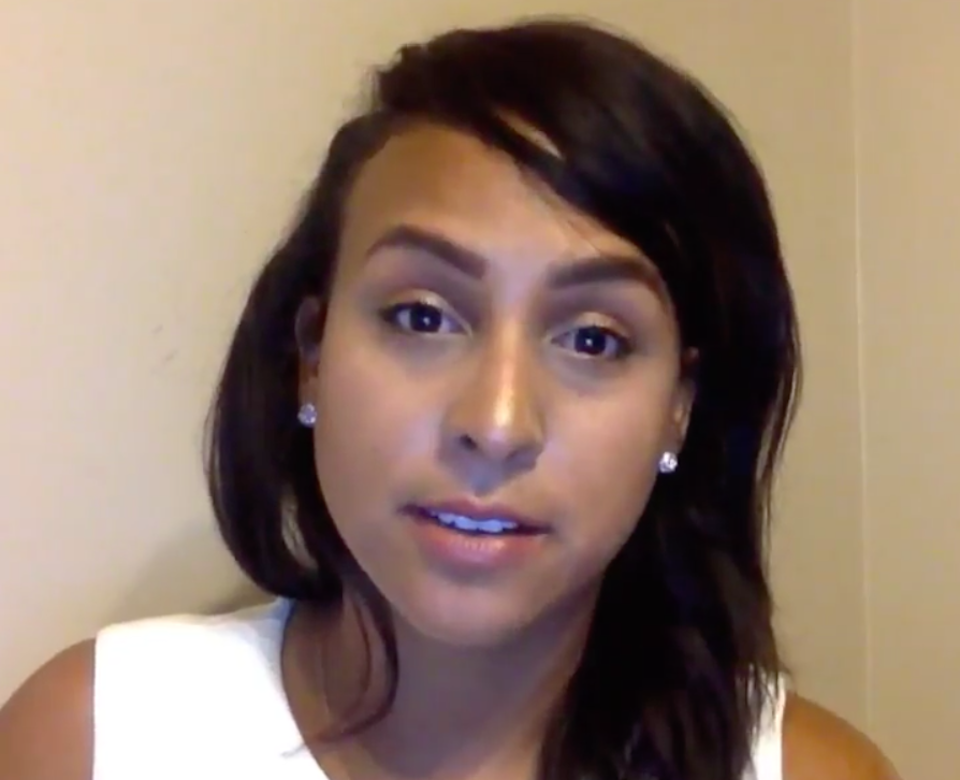 VoteVets
Get The American Independent in your inbox

Hazel Diaz, a Puerto Rican veteran of the United States Marine Corps, has a message for Trump.

The territory of Puerto Rico is still in a state of total devastation, but the government — and especially Donald Trump — have refused to give the crisis the attention it deserves.

If anything, Trump is actively cutting off the island from outside help. He is forbidding congressmen from traveling to Puerto Rico. He has also refused to suspend maritime restrictions for foreign vessels trying to deliver supplies to the island, on the grounds that “the shipping industry” would not like it — even though he has already waived these restrictions for hurricane-ravaged Florida and Texas.

So Puerto Ricans are speaking out.

On Wednesday, VoteVets posted a video of a Puerto Rican Marine veteran who has some strong words for Trump about his responsibility to help the island:

My name is Hazel Diaz. I am an American. I am a Marine Corps veteran. And I am Puerto Rican.

Our island — an American territory, whose people are American citizens — is currently facing one of the most difficult challenges in its history. Our people — your fellow Americans — have been devastated by Hurricane Maria. Days after the hurricane passed, we are without power, without communication, and much of the island remains flooded. Most of the people have nowhere to go. There is no place to escape. Puerto Ricans are suffering horribly.

Yesterday, Governor Ricardo Rosselló called on the Trump administration to send more military to help the victims. Yesterday, Hillary Clinton backed up his call. Today, I am adding my voice.

I served in the military, like so many other Puerto Ricans. We are patriots. We love America. I know that the military can and should do more to help with recovery. Right now, the military response is much weaker than it has been for past disasters on the mainland. We need a response that is in line with the efforts to help mainland America recover from Katrina, Andrew, and other major disasters. But the military cannot do that until the commander-in-chief orders it. This is now all in Donald Trump’s hands.

So please join me in urging Donald Trump to do what Governor Rosselló has urged, and send Puerto Rico the military help it needs and deserves. Use the hashtag #WhatAboutPR so we can all join together in a campaign to help out.

From the beginning, Trump has handled the aftermath of the disaster in Puerto Rico terribly, first ignoring their pleas for help while attacking the NFL, then blaming the crisis on Puerto Rico’s debt problem, then belatedly sending a naval vessel on Hillary Clinton’s suggestion while defensively insisting that the Atlantic is a “very big ocean.”

Hazel Diaz offered herself up in the ultimate service to our country. She, her family, and the rest of Puerto Rico deserve a president who will hear their voice, and help.