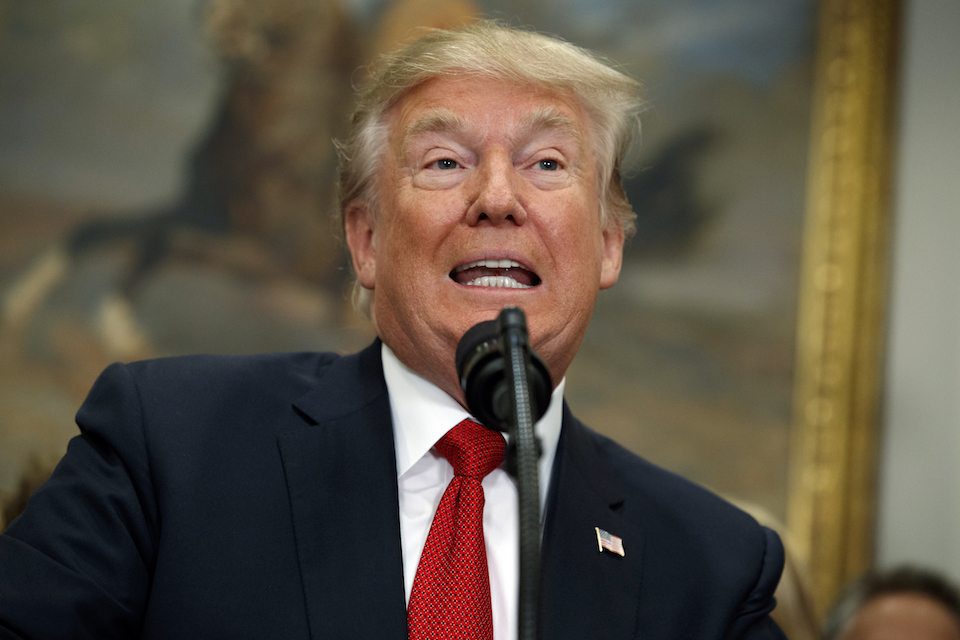 Democrats are demanding to know how many people have really died in Puerto Rico, as a new report finds that the toll may be far worse than Donald Trump has claimed.

A new report has indicated that the death toll from Hurricane Maria and the aftermath in Puerto Rico could be catastrophically higher than the number touted by Donald Trump, and Democratic members of Congress are demanding an investigation for the facts.

When Trump toured the island, he prompted an official to relay the death toll to the media so he could use it to back up his claim that he has properly responded to the storm. He was told that the toll was 16.

Comparing the toll to Hurricane Katrina, Trump said, "Sixteen versus literally thousands of people. You can be very proud."

But Vox investigated the hurricane death tolls and found alarming information. The official toll has risen to 45, but there may be hundreds of deaths that have not been accounted for.

We found reports of a total of 81 deaths linked directly or indirectly to the hurricane. Of those, 45 were the deaths certified by the government. The remaining 36 deaths were confirmed by local public officials or funeral directors, according to the reports. We also found another 450 reported deaths, most of causes still unknown, and reports of at least 69 people still missing.

Some of the yet uncovered deaths will likely be because Puerto Ricans lack fresh water. When he toured Puerto Rico, Trump made fun of the tools being used to purify the water and make it drinkable, expressing disgust that anyone would drink "dirty water" to survive.

Now, two members of Congress have sent a letter to the Department of Homeland Security to get to the bottom of this crisis.

Reps. Nydia Velazquez (D-NY) and Bennie Thompson (D-MS) write, "While it is unclear how many of these casualties are directly attributable to Maria, these numbers call into question the veracity of official governmental death counts."

They ask the department to "provide urgent oversight to the vital statistics being reported out of Puerto Rico in the wake of Hurricane Maria." That would take the form of an examination of the estimates being offered by federal agencies and local authorities, auditing the counts and methodology, and issuing a report to Congress with what they have found.

The Trump administration has already been caught removing information about the relief effort from official government websites as the extent of the lackluster response has been reported on.

If they ignore or slow-walk this request from members of Congress, it will be very obvious: A cover-up of mass American death is underway.