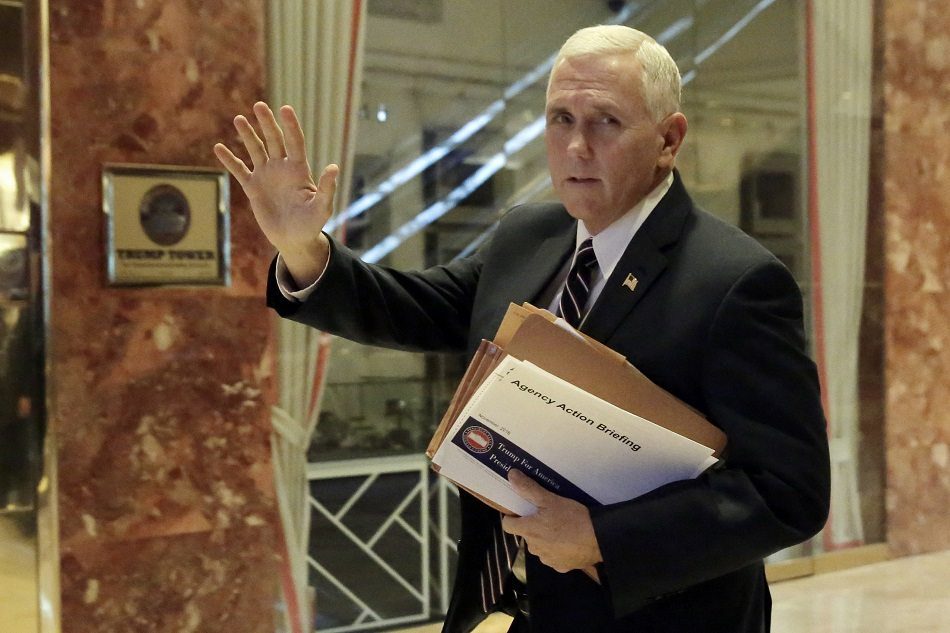 In reporting on the deal Donald Trump reportedly struck with Carrier to keep some jobs from being moved to Mexico, MSNBC's Rachel Maddow shed some light on the truth: It was vice president-elect Mike Pence, still holding onto his governorship in Indiana, who orchestrated the deal and authorized the state tax break on Hoosier taxpayers' dime.

As my colleague Tommy Christopher wrote, President-elect Donald Trump may have made a deal with HVAC manufacturer Carrier to keep some jobs from going to Mexico — but he accomplished this by doing the exact opposite of what he promised as a candidate. And he managed to do it only with the help of his Vice President-elect, Mike Pence, whom my colleague Melissa McEwan wrote already has outsized influence in the incoming Trump administration.

McEwan, who lived in Indiana under Pence's governance, underscored in a widely shared tweetstorm how evident it is that Pence is playing a significant role in Trump's burgeoning administration, and exactly why that is cause for both our concern and attention.

MSNBC's Rachel Maddow also detailed these concerns, pointing out that Trump broke his campaign promise, observing that Pence is still technically serving as Governor of Indiana, and giving a perfect rundown of exactly why that is:

And now I think we know why Mike Pence didn't quit his day job as governor of Indiana. Because the way they persuaded this company, Carrier, to keep a thousand jobs in Indiana was not by doing what Trump said he was going to do, was not by threatening Carrier with some 35% tax when they wanted to bring those products back into the United States and sell them here. They didn't do that at all.

Instead, what they did, is they just gave the company $700,000 in taxpayer money. They just paid them. And that's something you don't have the power to do as president-elect. You can't just hand over federal taxpayer money.

This wasn't federal taxpayer money that they gave to the company — it was taxpayer money from the state of Indiana. And that's why Mike Pence had to still be governor. Mike Pence gave them Indiana state taxpayer money. $700,000 in tax incentives. They just paid the company to not move those jobs yet, so Trump and Pence can get their photo op tomorrow.

And that's why he had to not give up his day job — so he could make sure he was still governor on December 13th so he could give away Indiana state taxpayer money to make it look like Trump did something that he didn't do and said he would never do. Ha ha, it's amazing! Trump was like, "These weak politicians we've got that hand over tax abatements, doesn't even work. Companies don't even want that."

They're handing over a tax abatement. And because Trump doesn't have the power to do that, he had Mike Pence do it, to screw his state. $700,000 in tax incentives free to that company. That's how they did it. And I think that's why Mike Pence stayed governor. Tada! That's not going to work for four years.

A broken promise, a shady scheme, and endless spin — one has the distinct feeling we are going to see this pattern played out over and over as long as the Trump-Pence administration retains office. And it will be crucial to call it out, every time.