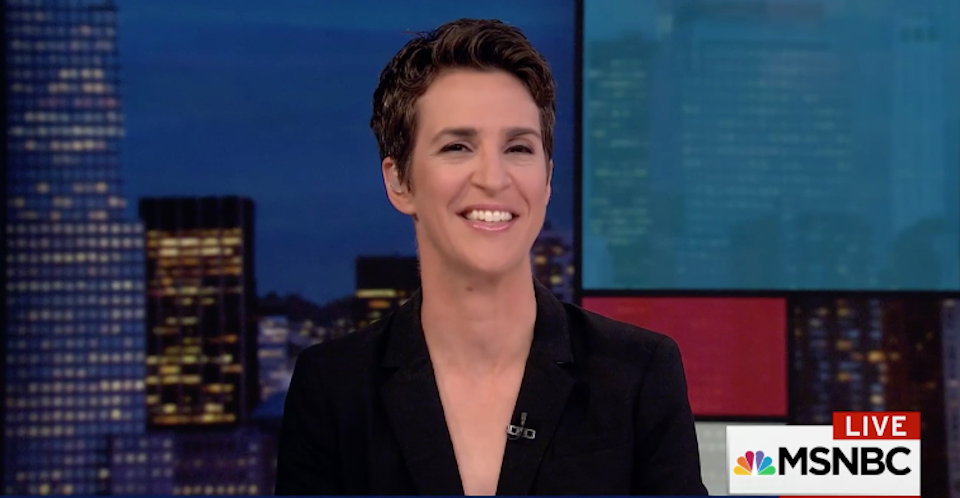 Fox News keeps shuffling its prime-time lineup in hopes of stalling MSNBC's liberal surge. But with Sean Hannity's show reportedly moving to 9 p.m., in direct competition with Rachel Maddow's very popular show, is he going to get run over by the Maddow juggernaut?

Desperate to shore up its once-indomitable ratings, Fox News is reportedly moving Sean Hannity to the 9 p.m. hour, while syndicated radio host Laura Ingraham gets set to debut a new show at 10 pm.

The move sets up cable news ratings showdown between Hannity and MSNBC’s Rachel Maddow. Her program airs at 9 p.m., and she is currently the most-watched news host in all of cable news. The move, of course, also sets up a political face-off pitting Donald Trump’s biggest fanboy against his most persistent and dogged television critic.

Does Hannity stand a chance?

With the exit of Bill O’Reilly earlier this year in the wake of a sexual misconduct allegations and the flood of advertisers who deserted him, Hannity remains Fox News’ most valuable and longest-running prime time property. (He also has a successful national radio show, which produces a loyal viewing audience.)

But Hannity has already tasted defeat this year, often finishing behind MSNBC’s Laurence O’Donnell at 10 p.m., a once unthinkable development in cable news. The idea that Fox News’ most famous, Trump-worshiping host may soon be finishing behind Rachel Maddow would certainly be a humiliating turn for Hannity.

Even though Maddow and Hannity haven’t been pitted against each other in the same hour this year, night after night Maddow has regularly drawn more viewers than Hannity, both in the important 25-54 demo, and among overall viewers.

Technically, Fox News’ primetime ratings are up a bit in 2017, they just can’t keep pace with the astonishing gains MSNBC is posting with nighttime programs hosted by Chris Hayes, Maddow, and O’Donnell.

The fact that Fox News is even in a ratings dog fight this year with MSNBC, or anybody, represents big news. Rupert Murdoch’s right-wing GOP channel had cruised to ratings victories month after month, year after year without a commercial care in the world.

Until Trump was sworn in.

And specifically, the major shift unfolded during the tumultuous month of May, when Trump fired FBI Director James Comey and basically all hell broke loose on the Russia election story. Filled with cascading revelations that rocked the Trump White House, the month of May helped depress Fox News viewer interest, while simultaneously driving MSNBC fans to tune into their favorite programs.

MSNBC’s prime time has been in the driver’s seat ever since, doggedly hounding Trump for his every misstep, while Fox News wallows in a parallel universe where Hillary Clinton’s emails represent the nation’s most pressing issue.