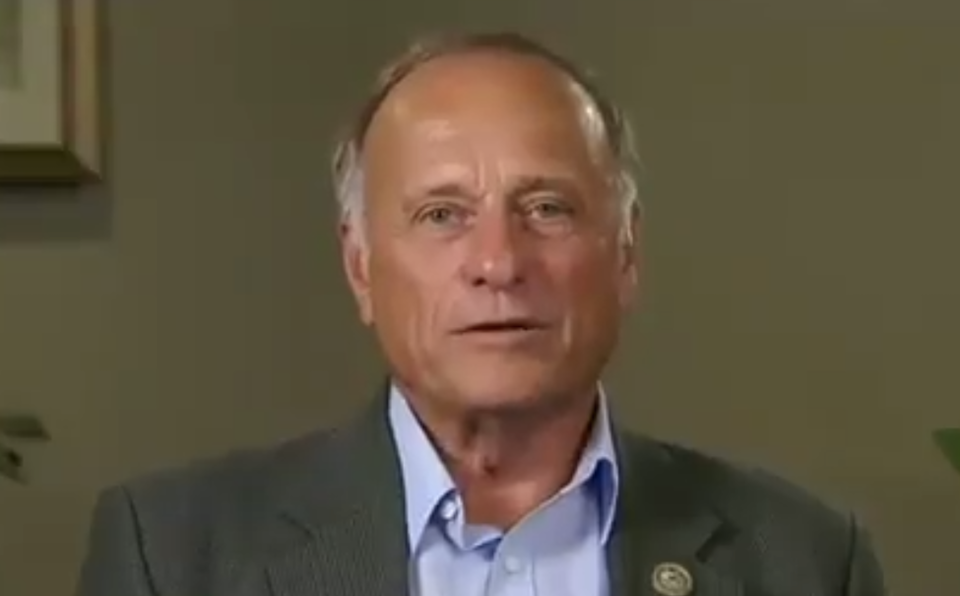 The Iowa congressman says the children of undocumented immigrants should be turning their parents over to law enforcement.

The unapologetically racist Iowa Rep. Steve King is Donald Trump's best ally in Congress when it comes to persecuting immigrants.

King has called for cutting food stamps in order to fund the construction of Trump's pointless border wall — a wall that Trump insisted throughout his campaign he would force Mexico to pay for, despite Mexico's repeated statements that it absolutely will do no such thing.

Like Trump, King has spent years demonizing immigrants, describing them as drug smugglers and rapists and falsely insisting that the majority of undocumented immigrants are criminals.

Last week, it was reported that Trump is poised to undo DACA, the program created under President Barack Obama that allows undocumented immigrants who were brought to America as children to remain here. Of course Trump has King's support.

But on Monday, during an interview with CNN's Chris Cuomo, King went a step further, demanding that those children turn over their parents to law enforcement and seek to have their own families deported.

KING: Their presence here means either they or their parents didn't respect the rule of law, and no, they didn't all come as kids. Some did. Many didn't. There are up to 37 years old now. MS-13 didn't wait until they were 18 before they brought them into the United States. And a vast majority of MS-13 are illegal aliens.

CUOMO: Look, MS-13 is a real gang, it's a criminal organization. We're not talking about them. They're criminals. They're violent. What they do is an extension of their criminality. They should be judged a certain way. When you find gangbangers, you get rid of them. Nobody argues about that. It's about these other kids who came in as kids. And they're just supposed to turn themselves in 10 years later when they realize how they got here? You think that's what America's about, Congressman?

KING: What about their parents then? If it was against their will, then it had to be their parents that are responsible. And I'm still waiting for the first DACA recipient to say so and sign an affidavit that says, "I didn't really do this of my own accord. My parents brought me in. They should have the law enforced against them. Give me amnesty." I'm not hearing that from the DACA people.

King's overt disdain for immigrants is ugly and un-American, and trying to find ways to punish them has been one of his top priorities for years. Now that he has a fellow Republican in the White House who shares that disdain and those goals, King is more emboldened than ever to push his racist agenda.