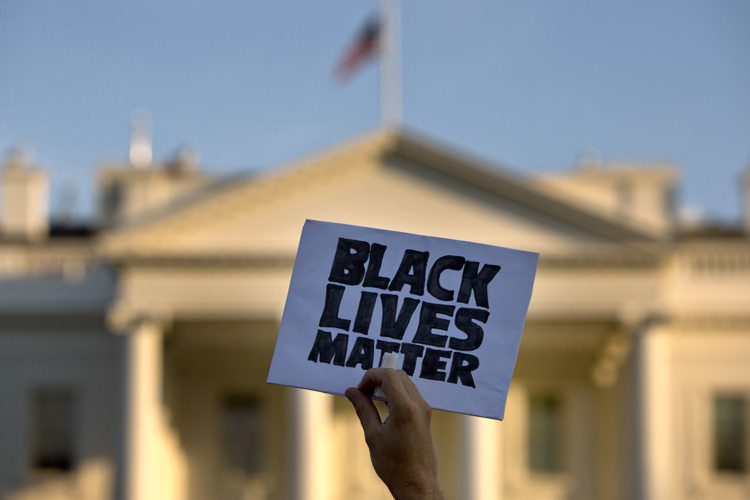 Black Lives Matter is a statement of fact and a petition to those who refuse to acknowledge its truth. In this election, there is one candidate who agrees, and one candidate who doesn't know that the answer to his question "What do you have to lose?" is Black lives.

"It is not light that we need, but fire; it is not the gentle shower, but thunder. We need the storm, the whirlwind, and the earthquake."—Frederick Douglass

Once again we find ourselves in anguish over yet another string of extinguished black lives. We oscillate between boiling rage and compensatory desensitization on a daily, if not hourly basis.

At the macro level, we experience the continued assault on Black life much the same as individuals process the five stages of grief. Initially there’s denial that these horrors keep happening in spite of our continued outrage, followed by the righteous anger that seemingly nothing has changed.

Next there’s bargaining by which we convince ourselves that “if only he/she had just…” they might have gone home to their families, even when we’ve repeatedly seen that compliance and innocence aren’t always lifesavers.

It is acknowledgement of this reality that then moves us into the depression stage, bordering on apathy and disengagement from a society that refuses to rehabilitate itself. Ultimately when we reach the depths of our despair, the human spirit somehow propels us towards acceptance and resolve to move forward.

It is precisely this immutable spirit that gave rise to the Black Lives Matter movement and all other civil rights movements that preceded it.

When the last of our tears dry up and the raucous street protests dissipate, we are called to take determined action. History teaches us that rallies and riots must necessarily become votes and legislation. The March on Washington is only half of a story that also includes passage of the Civil Rights Act and Voting Rights Act, and has yet to be completed.

With each storm comes change, or as Frederick Douglass said, “If there is no struggle, there is no progress.”

In these perilous times it now becomes our duty to move from anguish to action, and affect meaningful change. As we stand on the precipice of electing our next president, we must do so by electing the candidate whose policy proposals reflect the advancement of our most cherished civil rights causes, and Black lives.

In this election that means a choice between Hillary Clinton, whose first major policy speech of the 2016 campaign was a call to overhaul our criminal justice system, and Donald Trump, who is currently proposing a nationwide “Stop and Frisk” policy specifically targeted at Black Americans. It is a choice between a president who is supportive of the progress that has been made to reduce discriminatory drug sentencing disparities, and a president who chose a running mate who thinks there is “far too much talk” about racism in policing.

To once again answer Donald Trump’s question about what Black voters stand to lose by supporting him: Black lives.

It is precisely the risk of ever more extinguished Black lives that propelled the very “Mothers of the Movement” to the DNC convention stage to endorse Hillary Clinton and the Democratic Party on behalf of their murdered sons and daughters. They did what Mamie Till did in 1955 to alert America and the world to the need for the very policy changes Black voters organized into fruition just ten years later. As Trayvon Martin’s mother, Sabrina Fulton, so succinctly stated, "This isn't about being politically correct, this is about saving our children.”

In spite of their immense grief, fear, anger, and depression, they moved from anguish to necessary action. We must follow their lead. The mere fact that Black women in particular so strongly support Hillary Clinton, and have comprehensively drawn a connection between her success, our civil rights, and the safety of our families, should tell you all you need to know about how much Black voters recognize the urgency of this moment in our history.

The time for action is now; let’s reap the whirlwind.