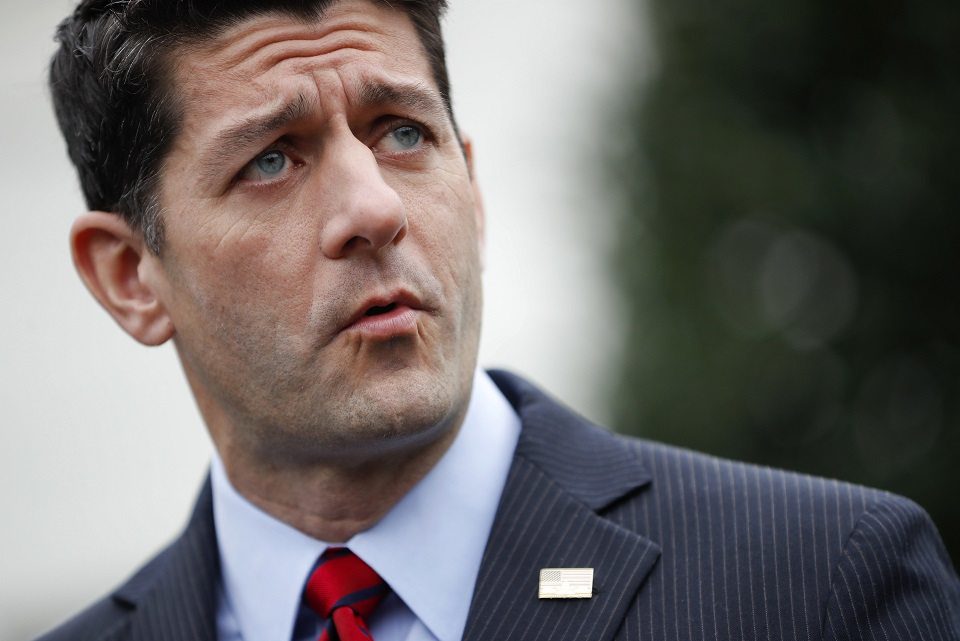 Randy Bryce wants to remind everyone that if it were not for Paul Ryan, Trump’s war powers might not be so broad.

The political world scrambled in the wake of Donald Trump’s new nuclear threat against North Korea on Twitter, boasting that he has a "bigger & more powerful" nuclear button on his desk, in the latest sign of his total instability and recklessness.

But it is important to note that Trump and his “bigger button” would not be quite so dangerous if there was a legitimate check on his power. And House Speaker Paul Ryan refuses to provide that check.

On Tuesday, Randy Bryce, the steelworker and union activist waging an unusually competitive challenge to Ryan’s congressional seat, reminded everybody how Ryan is complicit in the Trump war threat:

.@SpeakerRyan - you removed @RepBarbaraLee bipartisan amendment in middle of the night that would have taken away @realDonaldTrump blank check to wage war.
You own this. https://t.co/dfj8BUWHkX

Bryce is referring to an amendment by California Rep. Barbara Lee to last year’s Defense Appropriations Bill, which would have terminated the 2001 Authorization for Use of Military Force. This law, passed immediately after 9/11 and still in effect today, gives the president authority to launch military strikes effectively anywhere.

Lee’s amendment was advanced by the House Appropriations Committee with nearly unanimous approval from both parties, only for Ryan to order it removed from the bill without a vote.

In doing so, Ryan perpetuated the current legal and cultural framework that gives the president open-ended war powers.

Ryan has also repeatedly ignored calls from House Democrats to pass a bill that explicitly mandates congressional approval for a nuclear first strike.

If the day comes that a new world war breaks out, we must remember not only the president who pressed the button, but the man who sat by for a year while that button laid on the president’s desk.