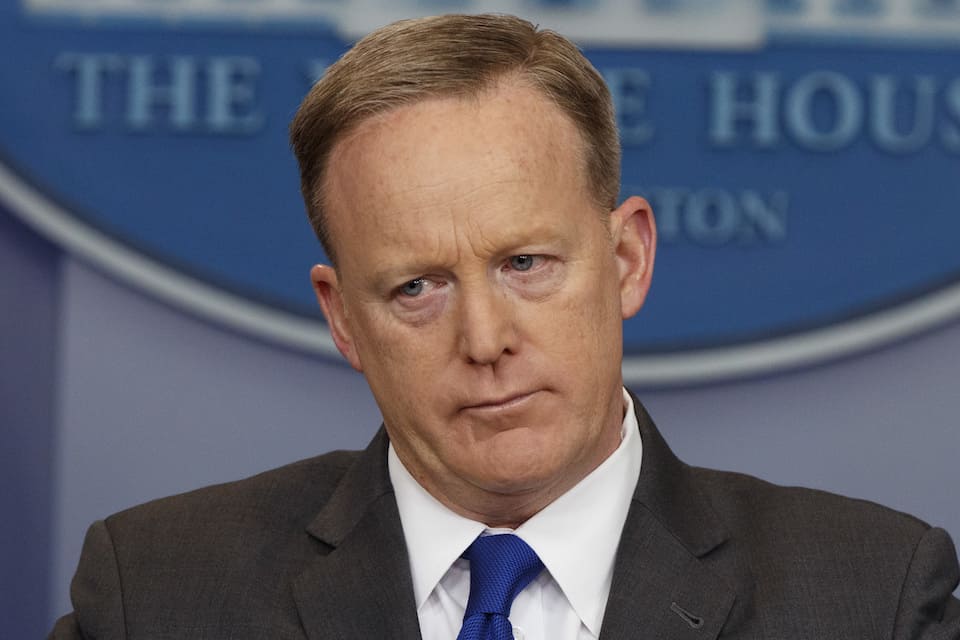 Republicans are exploiting the horrific story of a Maryland rape victim in order to demonize undocumented immigrants and justify racist policies. But evidence shows that those policies actually enable rapists by discouraging women from reporting sexual assaults.

The horrific story of a Maryland teenager who was raped in a school restroom is now being exploited by the Trump White House  in order to further the demonization of immigrants that Donald Trump based his candidacy on when he declared Mexicans to be "rapists" in his announcement speech.

When asked about the story, White House Press Secretary Sean Spicer delivered an answer that sought to directly connect this crime with undocumented immigrants

In responding to the question of whether this case demonstrates a need to rethink schools' ability to deny "access to public education based on immigration status," Spicer falsely asserted that this constitutionally prohibited practice is "a state-run and a local-run issue."

He also falsely claimed that both alleged assailants had "outstanding orders with ICE," when, according to CNN, only one of the suspects was placed under an immigration detainer after his arrest. Finally, the police say that there is no basis for Spicer's claim that the alleged victim "fought to come to this country legally," a key facet of the political point Spicer was trying to score.

That point was summed up neatly in this portion of Spicer's answer:

I think part of the reason that the President has made illegal immigration and crackdown such a big deal is because of tragedies like this.

We act so many times when we talk about this and say, 'How is the President going to — why is the President dealing with this' because of this priority. Well, part of the reason is because of the tragedy that this young girl dealt with, had inflicted upon her, whatever the word is — this is why he’s passionate about this, because people are victims of these crimes in terms of them — they’re victims of the economic pieces, there’s a national security — but immigration pays its toll on our people, if it’s not done legally.

The fact is, though, that undocumented immigrants commit crimes at a significantly lower rate than U.S. citizens, and crime is lower in so-called "sanctuary cities." And Trump's vicious anti-immigrant policies are actually enabling rapists by making immigrants fearful of reporting crimes. The Associated Press reports:

"Imagine your sister, your mother, not reporting a sexual assault for fear that their family will be torn apart," Beck said Tuesday.

Trump's immigration policies are already ripping families apart, and he painted a target on all immigrants during his joint address to Congress. This climate of fear is hurting immigrant communities' ability to trust that they can report crimes without fear of deportation — enabling rapists and sexual assaulters at the expense of women in America.