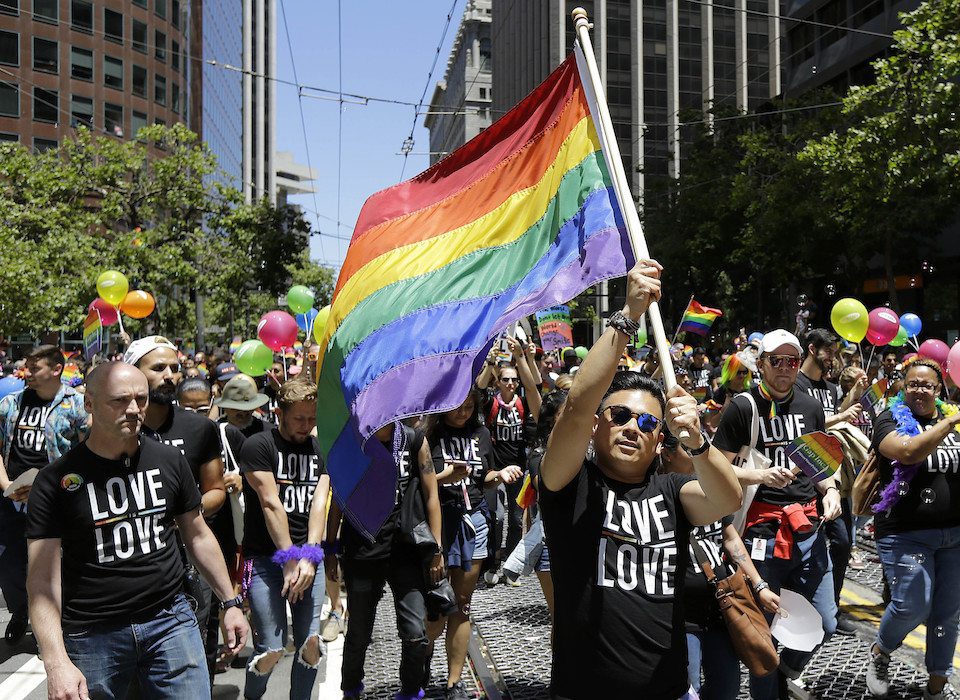 While Donald Trump ignored the LGBTQ community during Pride Month, mayors in Lexington and Louisville want the world to know that their cities are welcoming to everyone, despite growing contrary sentiment at the national and state level.

Donald Trump spent June like he spent every other month in the White House: alienating a segment of the American population.

Throughout June, the White House was deafeningly silent and Reagan-esque in ignoring the LGBTQ community and Pride Month, despite marches and parades across the country.

The silence is not that surprising, given Trump’s embrace of the far-right fringe of the Republican Party platform that supports so-called "religious liberty" laws as a thinly-veiled attempt to encourage blatant discrimination.

In just one distressing example, the Republican governor of Kentucky recently enacted legislation that would allow school groups to ostracize LGBTQ students.

But Democrats refuse to be silent in the face of bigotry.

Mayors in two Kentucky cities, Lexington and Louisville, spoke out recently about the inclusive and inviting atmosphere of their cities.

After California’s Attorney General, Xavier Becerra, added Kentucky to a growing list of states where California state employees may not travel, based on anti-LGBTQ laws and policies in those locations, both mayors wrote to Becerra asking for an exemption to the travel restriction.

Lexington’s Mayor Jim Gray noted that his city was one of the first in the South to pass a fairness ordinance. In a letter to Becerra posted on Twitter, he said, "Our city realized then that inclusive and welcoming values translate into good business and economic prosperity."

Greg Fischer, the mayor of Louisville, also spoke to his city’s welcoming spirit, saying that Louisville "is inclusive and open to all."

Becerra ultimately declined the request of the mayors, saying that California law does not allow for exempting cities.

But despite the state-sanctioned discrimination blessed by Kentucky's governor, these mayors will continue to fight for an inclusive, welcoming environment.

"We’re going to work just as vigorously as we always have to ensure that everyone knows that Lexington is a wonderful place to visit, live in, work in, and to stay in," stated Gray.

Alongside blue states like California, in deep-red states like Kentucky, Democrats continue to embrace all of their constituents, including those in the LGBTQ community who may not receive much of a welcome from others in their government.

While Trump further abdicates his responsibility to represent every American, Democrats at all levels of government have a message for him: Silence is unacceptable, and while the White House is too bigoted to stand in solidarity with the LGBTQ community, Democrats will always stand up and fight back.

Stand Up Fight Back is a weekly series that focuses on Democrats at the federal, state, and local level who are taking real, concrete actions to further the resistance and fight for progressive values.