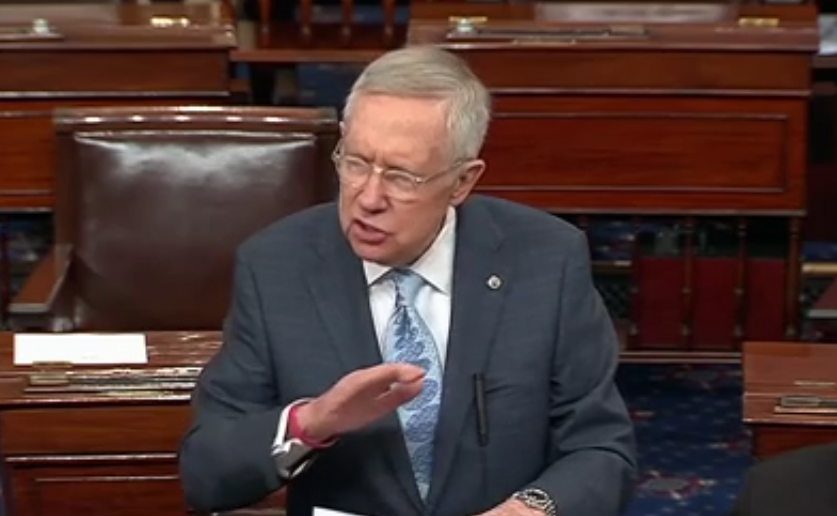 Since President-elect Donald Trump won the Electoral College vote on November 8, Senate Minority Leader Harry Reid has been openly defiant. On Tuesday, he gave a blistering speech on the Senate floor.

Following Donald Trump's election, Senator Harry Reid immediately went on the attack, demanding that Trump repair the damage his hate-fueled campaign had caused. One week later, Reid took to the Senate floor to deliver a blistering rebuke of the dangerous effect that Trump's win has already had, and called on Democrats to be leaders for the millions who live in fear in Trump's America.

"We have the responsibility to be the voice of millions of Americans sitting at home, afraid that they're not welcome anymore in Donald Trump's America," Reid said. "We have a responsibility to prevent Trump's bullying, aggressive behavior from becoming normalized in the eyes of America."

Reid correctly pointed out that most Americans opposed Trump, and yet are now made to feel unsafe. "Not only did that man who lost the popular vote win the election, but his election sparked a rise in hate crimes, threats of violence," Reid said, citing the Southern Poverty Law Center's reports of hundreds of incidents since election day.

Reid went on to demand that Trump take action to heal the wounds he has caused, and lit into Trump for hiring white nationalist hero Steve Bannon to be his chief strategist.

As long as a champion of racial division is a step away from the Oval Office, it would be impossible to take trump's efforts to heal the nation seriously. So I say to Donald Trump take responsibility. Rise to the dignity of the office of the president of the United States instead of hiding behind your Twitter account, and show America that racism, bullying, bigotry have no place in the White House, or in America.

Reid is fighting for every American's dignity and safety under a President Trump.