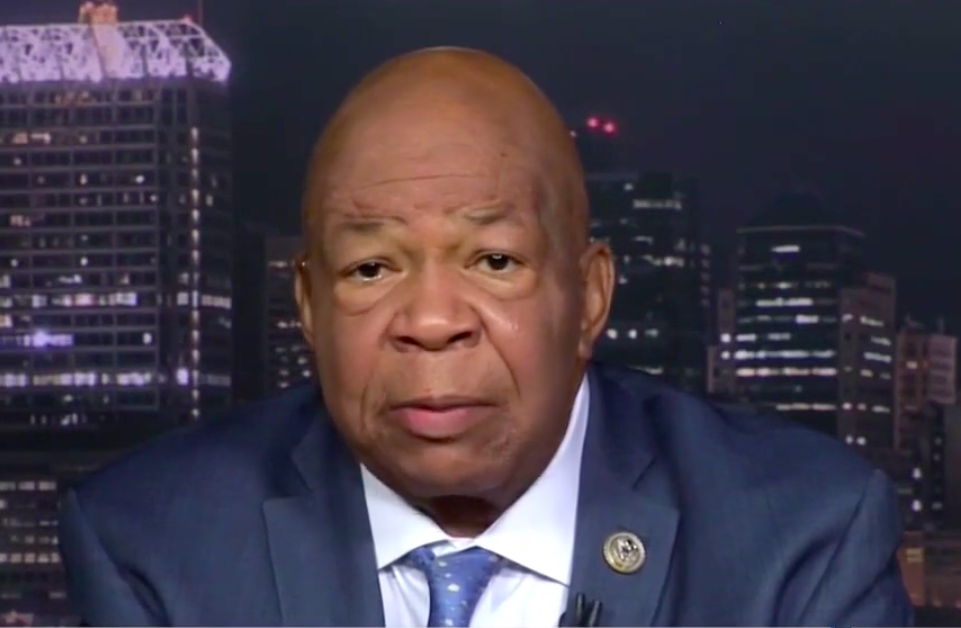 Donald Trump and his team continue to engage in duplicity and circumspection on the topic of former National Security Adviser Michael Flynn's financial ties to Russia. But Rep. Elijah Cummings is not about to let them get away with it.

In another appalling example of the abnormality of this administration, the White House is refusing to turn over to congressional investigators crucial documents regarding payments that former National Security Adviser Michael Flynn received from Russian entities.

The administration's excuse is that it is "unclear how such documents would be relevant" to the investigation into Flynn's lack of full disclosure of his conflicts prior to being named to his former post.

But as Rep. Elijah Cummings (D-MD), the ranking Democratic member of the House Oversight Committee, made clear in an interview with Rachel Maddow, that determination is not the White House's to make.

He and the other members of the committee expected, and still expect, to receive the documents they had requested — and the administration's intransigence is not going to dissuade them.

MADDOW: So, I pronounce myself — maybe I'm naive, but I feel surprised that the White House produced zero documents in response to this broad request that you and Chairman Chaffetz made about Michael Flynn and his time in the Trump administration. Did you expect to receive something, or did you think that you'd get nothing?

CUMMINGS: I thought we would get some documents, but this White House has made a decision that they will produce absolutely nothing. And Rachel, I have not seen this before, and it sets a very dangerous precedent. President Trump, when he was running, said no one is above the law. Well, he's not above the law either, and there is a separation of powers. I listened to Mr. Spicer today talk about — claiming that they don't have documents. I was very upset just listening to that, because they do have documents. As a matter of fact, they have told us they have documents, but they found every excuse under the sun not to produce the documents. And so what we’re doing is, we’re staying focused. This is not some witch hunt. This is about a fight for the soul of our democracy, and I want to be real clear on that. So, we're not going to be distracted. We’re going to go after the documents.

Maddow noted that since Flynn left his position at the Pentagon in 2014, he would have had to reapply for a security clearance by the time that he was — presumably — being vetted for the national security adviser role under Donald Trump. Cummings confirmed that the documentation related to that process was precisely what the Oversight Committee was expecting to receive, adding that the position of national security adviser is one of the highest-ranking security officials in the nation, and thus, the vetting process for it must be "very strict and it has to be very complete."

Maddow then asked about the possibility, since Flynn somehow made it through that process even with his murky financial ties to an adversarial foreign country, that the vetting process was not handled appropriately — or possibly, not even performed at all.

That is one of the questions the committee is trying to answer, Cummings said, but so long as the White House refuses to comply with the committee's request, they will not be able to do so. And he was very clear about which body holds the decision-making power in this scenario.

MADDOW: Briefly, sir, is it your expectation that maybe the vetting wasn't done? I mean, obviously, there's a process on the security clearance, but in terms of being vetted to be national security adviser, that's the responsibility, in this case of the president, the head of the transition was the vice president. Is it — is there some sort of accountability? Is there an oversight role for Congress as to whether or not they appropriately vetted this person who they cleared to be, as you say, the number one guy, the top person on national security in the new administration?

CUMMINGS: That's part of the problem. We're trying to get the documents so that we can see exactly what the process is. But when you have Spicer standing up today, saying they have no documents, when, I mean, if it were me or you, there would be volumes, probably, of documents, interviews that they may have done of other people, and looking at your background. And they're claiming they have none, but on the other hand, they say, 'Oh, we're not going to give you the documents we have.'

You know, this hocus-pocus, fake news, false news — I don't have time for that. What I'm trying to do is make sure that we pursue this investigation and go where the evidence leads. And so hopefully — I give Jason Chaffetz credit. We submitted a bipartisan request to the White House. They basically refused. And now we have — our next step is to hopefully sit down with the White House and explain to them that they don't determine what we investigate as a congress. We do. And that when they get a request from the Congress, they have to give up what we have asked for. And if not, then I'm going to, of course try to work with Chairman Chaffetz to issue subpoenas so that we can get that information.

Trump and his team may hope that they can continue to alternately mislead and play dumb regarding who knew what about Flynn and when, but if they think they can simply dig in their heels and outlast someone like Cummings, they have a surprise in store.

The American people deserve to know the truth. And as Cummings boldly stated, it is not up to the Trump administration to decide how much of it they will provide. It is Congress, representing the public, who has that power.