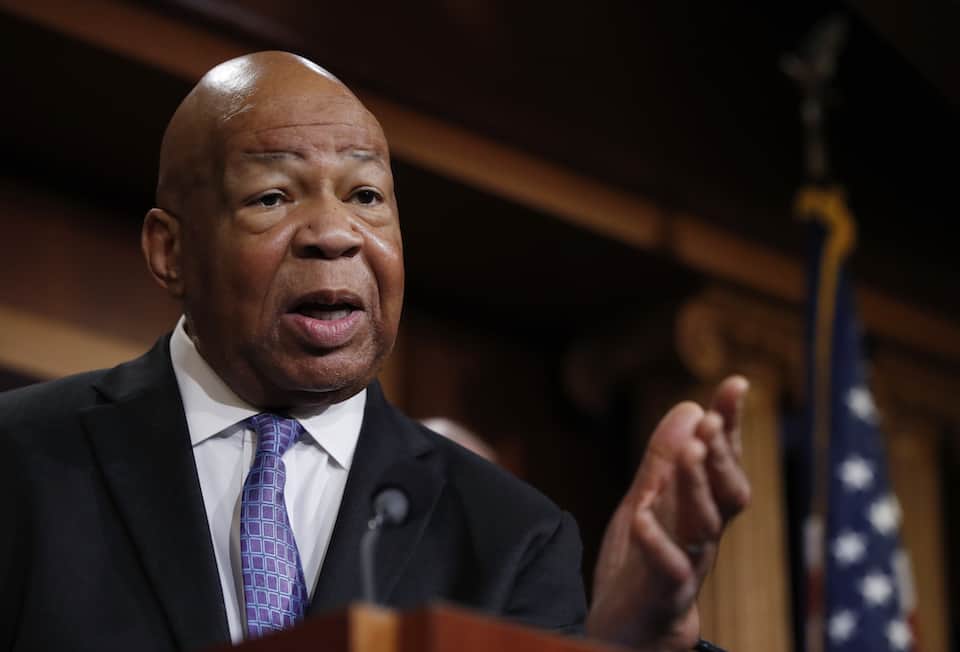 Democratic firebrand Rep. Elijah Cummings spoke powerfully about the stakes of the Russia investigation at a press conference Friday morning, and called on the press to fulfill its duty to the public.

Rep. Elijah Cummings (D-MD), ranking member of the House Oversight Committee, had strong words for the press in light of this week's revelations about the Trump team's ties to Russia.

Cummings also took the opportunity to remind the media of the stakes involved, noting that we have all known for months that Russia interfered with our elections.

"When we're dancing with angels," Cummings said, "the question will be, What did we do at this moment?"

After making that point again, Cummings went to leave the podium, but turned back in order to deliver a powerful message to the assembled press:

Thank you all. I really appreciate you all.

And by the way, one other thing. If there is any moment that the press, in our country's history, has a major role, it is this moment. This is your moment. You have got to put it out there so people can understand what is going on. I have said it before and I'll say it again: This is about the fight for the soul of our democracy. We cannot afford to lose this one. Thank you very much.

Cummings' call to action could not come at a more important time.

With Donald Trump heading off on his first international trip, there will be plenty of opportunity for distraction, and Republicans are still not taking the scandals coming out of this White House seriously.

So far, only two elected Republicans seem to grasp the seriousness of this matter, at least publicly. The free press has an opportunity and a duty to step up and act as a check on power when the majority of one branch of government will not. So do the rest of us. This is our moment, too. And Cummings is absolutely right: We cannot afford to lose.