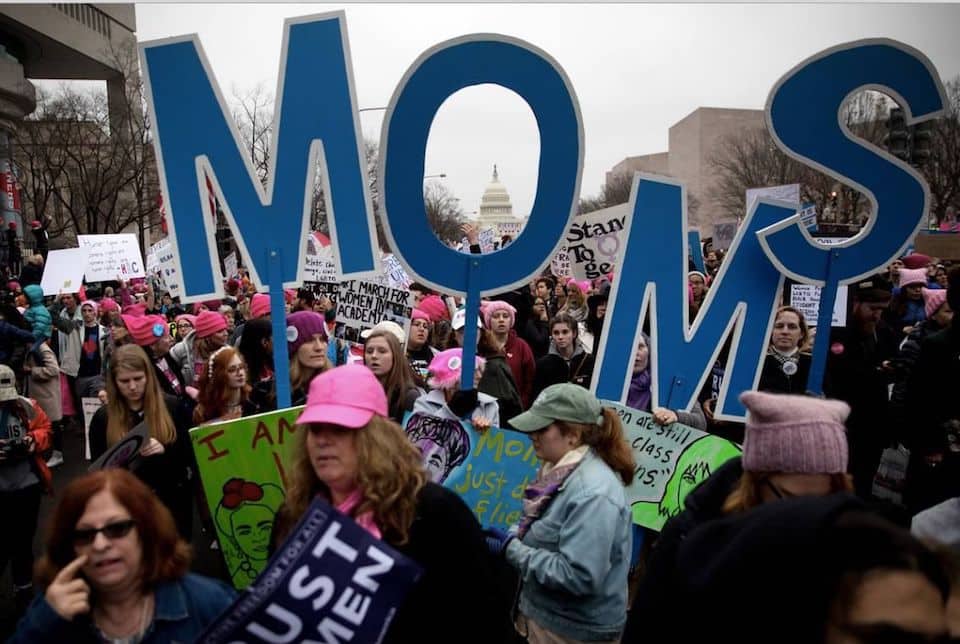 Moms Demand Action
Get The American Independent in your inbox

Lindsey Donovan, a mother and a gun owner from Georgia, is rallying with Rep. John Lewis against the NRA's "guns everywhere" agenda. She spoke to Shareblue as Donald Trump locked arms with the NRA at its annual convention.

As the NRA holds its annual convention in Atlanta, Georgia Rep. John Lewis will be headlining a rally put together by gun safety advocates from Moms Demand Action and the Everytown Survivor Network.

The groups hope to "to stand and fight back against the NRA leadership’s dangerous 'guns everywhere' agenda that contributes to the more than 90 Americans who are shot and killed and the hundreds more who are injured every day."

The NRA is currently advocating for "campus carry" in Georgia, which would make colleges and universities another free fire zone in American life. The organization is also opposed to enhanced background checks and has been pushing the Trump administration to help make silencers more accessible.

Shareblue spoke with Lindsey Donovan, who is an Army veteran, Muslim, gun owner, and the wife of an active-duty soldier who will be marching with Lewis.

Donovan said she became a part of the gun safety movement after Georgia passed its "guns everywhere" bill, which allowed residents to take guns into bars, night clubs, school classrooms, and some government buildings.

"As a mom and as a gun owner," she felt it was "very important" to get involved in the movement so that she could be a voice for the thousands of soldiers who have committed suicide, aided by the widespread availability of weapons. Suicide is the leading cause of death among military veterans, and firearms are involved in 68 percent of suicides.

A day before Donald Trump spoke to the NRA at their annual convention, Donovan was almost clairvoyant in describing the relationship. "They invested $30 million" in him during the 2016 presidential campaign, and they "want a return on their investment."

She recalled how Trump had flip-flopped on many of his positions relating to guns, going from someone who supported several reforms to becoming an "extremist president helping the gun lobby." She found the relationship "frightful."

Donovan said that if she could speak one-on-one with Trump, she would ask him to "sit down with the victims of gun violence and listen to them on a personal level."

She would want him to understand that from her position as "someone who has served this country, a gun owner, and a mom," that "the voice he is giving to the NRA gun lobby is dangerous."

Donovan said she would tell Trump, "You haven't hugged these mothers whose sons have been gunned down," and that if he had done so he would understand the wide support for "common ground, sensible solutions that don't hurt gun owners" like herself, but could vastly improve public safety and security.

Echoing others who have seen the NRA morph from a mainstream gun-related group to a lobbying powerhouse fueled by profit pushing extreme positions at odds with the public, Donovan insisted that this is "not your grandfather's NRA" that Trump was addressing, but an organization dead-set on "guns anywhere, anytime."

But Donovan, Lewis, and the gun safety advocates they will be rallying with are just as committed to fighting back against that dangerous agenda.