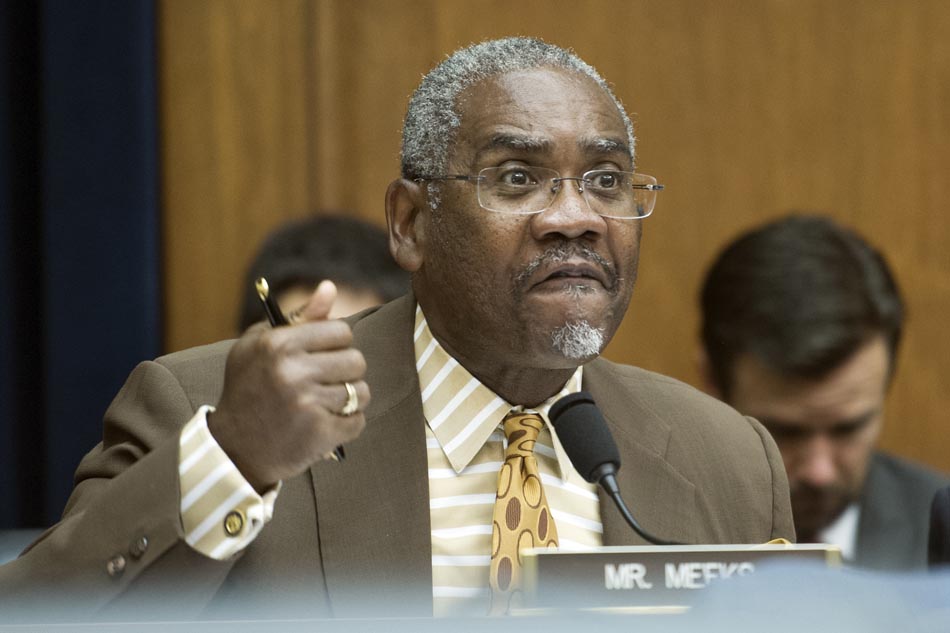 Rep. Gregory W. Meeks (D-NY) is the ranking member of the Subcommittee on Europe, Eurasia, and Emerging Threats. He is deeply concerned about President-elect Donald Trump's Cabinet nominees with ties to the Kremlin, as well as Trump's disposition toward the U.S. intelligence community. And he is not holding back.

Congressman Gregory W. Meeks brings the expertise and the fire in a strong statement on investigating Russian interference in the U.S. election:

As our intelligence agencies continue to inform us of Russian interference in our recent elections, we must better understand not only what exactly happened, but we must also discern the extent of the Russian government’s involvement. Members of both parties have come out in favor of conducting a full investigation, as we realize that the integrity and strength of our electoral process—which is the core of our democracy—is not a partisan issue. I joined my colleague’s letter requesting the House Foreign Affairs Committee conduct an investigation and I support Senator McConnell’s promise that the Senate will hold hearings on it.

It’s troubling that our President Elect seeks to appoint candidates with Kremlin connections after the Russian government has for years attempted to destabilize Europe and confront our allies, as well as their most recent effort to disturb our election. Furthermore, it is irresponsible and dangerous for President Elect Trump to disregard the work of our distinguished intelligence community and frankly reprehensible to accuse them of being politically skewed in their brave work.

Finally, I am looking forward to working with colleagues on both sides of the aisle and in both houses of Congress to protect our democratic institutions and correctly identify its vulnerabilities and how the Russian government exploited them during the most recent election cycle.

Meeks' willingness to plainly state that Donald Trump's hostility toward the intelligence community is "frankly reprehensible" is appreciated.

It is important to call out, in no uncertain terms, the president-elect's wild deviation from accepted norms — especially as Trump is demeaning the work of the intelligence community in part to justify his plan to replace them with his own people.